They still got some? Ima git me one!

Mallow,
I've never seen anyone dance around a question just as you have done regarding the toy gun. While I remain "on the fence" in regards to many cases, the meier case is not one of them. If you truly believe that "weapon" is a genuine alien ray gun- or something not of human construct- you are either having a good laugh at these responses, or you are truly delusional. I've come to believe it is the latter, considering your belief the carpenter pin falling off the wedding cake saucer was nothing more than poor ET maintenance. I'd give you an A for effort, but sadly, all your efforts amount to a D- ..

I might be going out on a limb here, but I'll wager that any forthcoming responses from Mr. Mallow will hinge upon an admonishment to do our homework.

I done mine this case is a hosx

The homework has been done, turned in, and given back graded in red pen. The folks on this board get an A+. The Meier case gets an F-.

There might be some places and some people you can peddle the childish Meier stupidity to in this day and age, but it ain't here.

Heck, any sane person would take Marvel's Guardians of the Galaxy as being more believable than the dated and played out "Meier Contacts".

Personally, I find Groot, Drax, and Rocket more convincing than any Plejaren.

I prefer the Star Trek documentaries myself.

And mallow without dance on the head of a pin. Anwer this directly yes or no one word answers pls
Are you really Michael horn?
Yes or no.
Post one word Anwer. .

Well at the very least I'm guessing he's a teacher.

I sometimes wonder if Horn is a paid employee, or if he is really dumb enough to believe the crap he spews. We'll probably never know and I don't really care anyway.

he asked me to do my homework LOOK at the 13 pages of this thread. nothing BUT homework. ok one last time...
1 models not able to be made by Billy.
the wedding cake made with ONE HAND

my homework is done Mr Horn! the case is a hoax! no logic needed. and given time and equipment I CAN BIULD A WCUFO.

Wade Ridsdale said:
I might be going out on a limb here, but I'll wager that any forthcoming responses from Mr. Mallow will hinge upon an admonishment to do our homework.
Click to expand...

You know if the shoe fits.

Only if you care do your homework.
If not assume your position is correct.
But know this, you are only operating on belief, that is as good as it is going to get for you.
If your happy with that then by any and all means continue with the tottery.

vesvehighfolk said:
he asked me to do my homework
Click to expand... 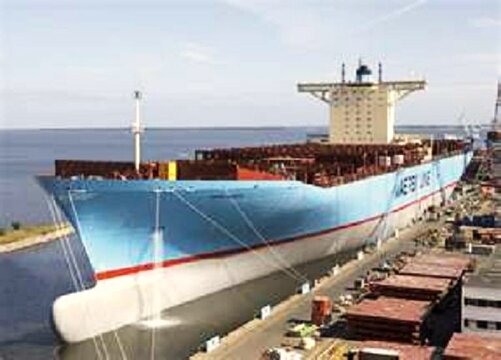 So your logic goes:
I can make a model of the largest container ship in the world.
And therefor prove that the picture above is nothing more then a model.

Look I have a model

"The first picture is nothing more then a model"

Do you not see the gaping hole in this logic?
Doing your homework also means working on the mental block that are keeping you from learning.

2) Those aren't Meier's Photos.
3) The original photos of Asket and Nera were adulterated using pictures of two doubles (Michelle DellaFave and Susan Lund) performing in Dean Martin Variety Show, as elements of this falsification. In detail it is mentioned by FIGU in an article:

Meier came with this explanation in 1998 shortly after UFO researcher Kal Korff had discovered and promoted the similarities between Dean Martin Show scenes and Meier's photos. Before 1998 Meier had published the pictures as being authentic.

Other then they are supposed to fit in the hand like any gun would they look nothing alike
There is a reason that the toy gun isn't being held
Perhaps the fact that it is a toy gun and an adult hand would reduce the size to, well, that of a toy gun just for starters
There is so much more to the gun that you are missing
But it is part of your homework / selfwork I have already discussed

Stagger Lee said:
I'd give you an A for effort, but sadly, all your efforts amount to a D-
Click to expand...

Are you grading on a curve?

manxman said:
I prefer the Star Trek documentaries myself.
Click to expand...

Now see at least one of you is being honest about being indolent and not doing your homework.
S

I don't think that D- is an "acceptable" grade for Mallow, or Horn, or Meier since it is the lowest PASSING grade at many high schools, colleges, or universities.

In some instances a grade of 65 is "passing" at some high schools, colleges or universities. Since the Meier case is so full of cultist nonsense, hoaxed photos of ufos, bogus "alien" images, and other bullxxxx let's give the following grade to Horn, Mallow, Meier, and the screwballs who continue to promote this garbage, as being "a real ufo case" when serious researchers KNOW AND CAN PROVE IT WITH EVIDENCE OF IT BEING A HOAX.

Congratulations, Mr. Horn, Mr. Mallow, and Mr. Meier, I recommend the following grade OF A BIG FAT F for all of you. Giving a grade of A for "effort" insults my intelligence, and Horn, Mallow, and Meier DO NOT DESERVE ANY GRADE EXCEPT F due to all the nonsense that they spread around, and for making the UFO field look so rediculous, and for all the damage cultists have done to serious SCIENTIFIC, UFO research. These people Horn, Mallow, Meier should be ashamed of themselves for their disgusting behavior.

By the way, I assisted Dr. W. Reid Thompson, an astronomer at Cornell University, and the faculty advisor to the Cornell UFO Awareness Group in data gathering. I spoke to Cornell's UFO group in June of 1993, and Dr. Thompson was Carl Sagan's research assistant. See my posting "Shutting Up UFO Debunkers" which you can Google and read. Raising the UFO subject up to IVY LEAGUE standards makes it extremely, extremely, extremely difficult for any debunkers to refute. This is the way UFO research SHOULD be done.

I'm out mallow is insane

C'mon! Mallow has to be a prank!

Seriously now...let's see if I have this straight...the MIB switched out the real pictures with a new picture of a pair of doubles and Billy The Kid didn't realize it for 23 years because the real aliens just happened to bear an uncanny resemblance to a couple of Dean Martin's Golddiggers!

I wonder if the aliens still have 60's style bouffant hairdos or if they updated.

I will say one thing...Mallow has Horn's circular reasoning and manure spreading technique down to a tee!
Last edited: Oct 8, 2014

Really, those ray guns are sold pretty much everywhere. 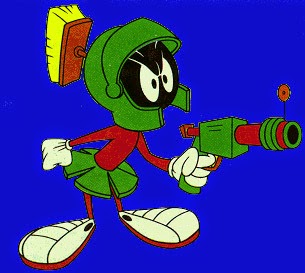 Ray guns. All joking aside, this is a great example of why the ufo subject is ridiculed. Images that might have caught ones interest 40 years ago, is now totally absurd beyond the point of laughter. How on earth anyone could still push these images as genuine- images that couldn't fool a 10 year old kid- is beyond my understanding. I recall once being that 10 year old kid flipping through ufo library books and trying to figure out if the black and white photo was a saucer or hub cap tossed in the air- If any of those books contained that image of an alien ray gun, I would have tossed that book right out the bus window.

This whole topic has been a joke for decades. Nobody with any sense buys any of it. Wasting time here with the shill of the moment is just a diversion. The psychology of the cult is a bit interesting, however. Horn's inane blather and his sock puppets are much more interesting from the point of view of studying psychosis than anything else at this point. It's a lot like a wreck on the highway, though. Sad, preventable, and disturbing but we look anyway.

The only motivation I can see here is some kind of financial kick back.

Sad thing is I spent time effort to investigate the case. The more I look at the case the more I found the case screams hoax. I Posted Evidence here.13 Pages Of Evidence. I shown the pictures are faked. I showed the alien planet pictures are cut out I showed the gun is a toy. Mallow has refused to answer yes or no if he is horn. There fore I will exit the thread. My final thought is that this is such a flimsy hoax. Mallow/horn must be on billy's payroll