A film "heads up"

I have two movies that are in the paranormal variety that I would highly recommend. these two movies are quite original in story and pretty creepy. the first is called "the burrowers" starring Clancy Brown and the other movie is "The New Daughter" starring Kevin Costner. I'd be interested in what others think about these.

Staff member
I have now come to the conclusion that I am not a fan of the "found film" genre.

Previously here on The Paracast there have been threads on the Dyatlov Pass incident in the former Soviet Union that happened back in 1959. Last evening I watched a fairly new film from Netflix titled "Devil's Pass" based on the actual incident. The hook is that 5 students from a college in Oregon decided to investigate the incident, do a film documentary by going to the Urals where this took place. I will not release any spoilers but the film starts out with a Russian news broadcast discussing the "missing American film students." The Russian gov. spokesmen claim that while not finding the students they have found the student film but refuse to release it to the public. We would not have a movie but fortunately for us in the audience "hackers" broke into the govt. archives and "release the footage online!"

I will not say that I hated the flick, there were several chills that did pop up but all in all I find the "found footage" thing to be a boring and dull way to do a movie. If you are gonna make a damned movie ... make a damned movie. Somehow it seems like film making on the lazy and cheap, I am not sure exactly why I dislike it as much as I do ... but I do.

I won't say I wasted an entire hour and a half, perhaps I just wasted half of that time. I do find the actual incident of the Dyatlov Pass very interesting, which is why I wanted to watch this film. Perhaps if this had been treated like say, how the Terminator was done, I might have enjoyed it more. I do find the teen-agers or young 20 somethings in danger thing ... usually not worth my time. Hey, maybe you might enjoy this more than I did, ergo here is my review. FWIW, Rotten Tomatoes, a review aggregator, reports that 53% of 19 surveyed critics gave it a positive review; the average rating was 4.9/10. It might have been interesting had we had 50 reviews ... would half of them liked it? Who knows .... 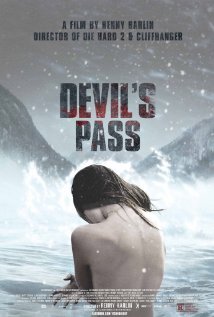 thanks again Don. I did watch this one and I expected something more. the subject is a great mystery and it deserved a better movie.

Mothman Prophecies and Eyes of the Mothman.

The first one is the Richard Gere film - it's fairly well-known, but it gets a bad rap. It's a solid paranoia/horror/thriller, with some good high strange events, and genuinely creepy scenes and little details. It holds up to repeat viewings.

Eyes of the Mothman is one of the best documentaries on high strange phenomena I've ever seen. It's a comprehensive look at the history, spooky events, and cultural impact of the Mothman. My wife is not into this stuff, but she found the documentary very well-done and interesting.

Both films are on Netflix.
T

I recommend "renegade" which is a western mystic movie with some very well done psychedelic shaman scenes. Formerly titled "blueberry"

Yup, I liked that one, too. Shame it didn't get much attention.


Decker said:
I will not say that I hated the flick, there were several chills that did pop up but all in all I find the "found footage" thing to be a boring and dull way to do a movie. If you are gonna make a damned movie ... make a damned movie. Somehow it seems like film making on the lazy and cheap, I am not sure exactly why I dislike it as much as I do ... but I do.
Click to expand...

Exactly. As if anyone believed there could be something to the implications that this stuff might be real footage. Did you watch the "4th kind" movie, where they interspersed the halfway decent horror movie with faked "found footage" and pseudo-scientific Annunaki theories to make it seem scarier? I found that downright annoying.
Last edited: May 15, 2014

Red Lights was pretty good up until the last act (which was terrible, almost ruined the movie). It offers a good breakdown of charlatanism masquerading as parapsychology.

Not Too Deep A Thinker

Great thread! Just added four new movies and really appreciate the recommendations.
You must log in or register to reply here.