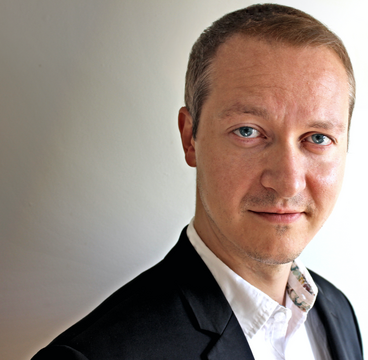 Micah Hanks returns to The Paracast. With more than a decade in podcasting, travel, writing and research, and the study of history and science, Micah Hanks has more than just a passion for knowledge. His study of world history, culture and philosophy over the years have helped shape his nonpartisan outlook on current events, and always with a nod to the lessons history can teach us. Be sure to visit Micah’s blog for more of his writing, research and ideas.

Micah is a longtime advocate for scientific research into unidentified aerial phenomena (UAP), more commonly known as “UFOs.” As a frequent commentator and writer on this subject, he maintains an interest in the history, and possible scientific explanations for aspects of the phenomenon; you can learn about some of Micah’s UAP research here and here. Along with his science advocacy relating to this topic, Micah’s interests also include areas of consciousness research, biological and zoological mysteries, and other unusual phenomena in nature. A “hopeful skeptic,” he advocates a critically-minded approach to the study of these subjects.

After several years as a producer for iHeart Media (formerly Clear Channel Radio), Micah began podcasting in 2011. From the former ATF agent who became the whistle blower that brought attention to the “Operation Fast and Furious” scandal, to a psychologist who once consulted former Beatle John Lennon, Micah has interviewed a number of experts over the years in the fields of science, technology, philosophy, history, archaeology, and other disciplines. You can find where to listen to all of Micah’s podcasts here.

In 2016, Hanks began working closely with the archaeological community in the Southeastern United States, in an effort to understand relationships between early North Americans and their environment at the end of the last ice age. In 2018, he produced a short documentary on the controversial Topper archaeological site in Allendale County, South Carolina, which can be seen here.

Micah is a frequent guest on podcasts and radio programs, and has been interviewed by Vice, CNN Radio, Coast to Coast AM, Mysterious Universe, Hot Air, and a number of other outlets. He has also lectured in America and Europe on a variety of subjects that include archaeology, unidentified flying objects, and historical mysteries. If you would like to contact Micah, schedule him as a guest on your podcast, or are interested in having Micah talk at your conference or event, please see our “Contact” page.’

Staff member
Looking forward to this. It's been too long since we had this gentleman on the show. We'll have to remember to ask him if he's still doing his music too!

Always liked hearing Micah. Not sure what to ask, but great snag as a guest!
B

His Podcast is cool very grounded like the Paracast and enjoyed his latest one. The constant Ego' s drive in this field of research is mind boggling and could not be bothered reading Greer post.
B

"For Most Strict Quarantine of the Saucer and the Bodies Parts -Ramey -from Saucer Treat -Threats-Area and Screen For C-Y-T-Q-Steps Are (Japs 34 - Blowfish -Biological Threats at that time from (USSR-Soviets and Communist China ) and not surprised due to not long after W.W.2 fears due to Atomic Bombs) -REUNITE BODIES -Rigs Follow that strapping Air Dome US Army-Xron-Body-Ramey- and Treat -Wreckage -Invaders (live and Don and Tom book Witness to Roswell 2007 must read to refresh those to whats going on today and scholar Len Springfield section ! Also the bodies were 30.4 pounds !)-Secure Tarp-Flying Saucer -Following Sides Only Tarps-Mirror -"502-302" Area and Store Freeze Bodies -Wreckage -Air -Land -After Crash' .(BF,019/08/2020). Also 4 crashes and -03:40 A. More events and large files of dates and not in BB.

Great Video Richard ! We are not alone whatever they are? Also great Blue Book video and Col Corso was right on elements which Gen. Ramey communicated with him on the Roswell event. Also Bob Lazar was telling the truth on facilities and the craft. Comms were recorded and the Crypto Analysis was sent to 'LAND & SEA' Stop holding back the historical data as all humanity needs to know. Also Don & Tom new book is spot on and many rabbit holes.


Nicks excellent books matches elements and yes a saucers did crash and the records need to be release for all humanity.