While a lot of people are pissed off about this, as you all well know Lazar has lots of supporters.

wwkirk said:
While a lot of people are pissed off about this, as you all well know Lazar has lots of supporters.

Check out Robert Sheaffer's latest blogpost on the subject 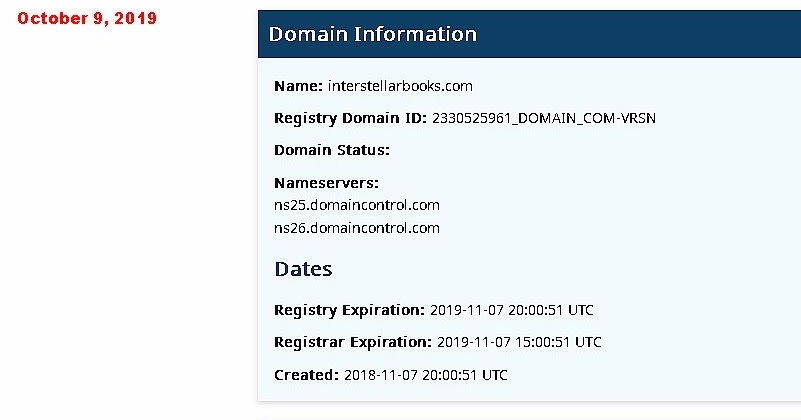 wwkirk said:
While a lot of people are pissed off about this, as you all well know Lazar has lots of supporters.

The release date of Lazar's book is October 15, which was also the original release date of Peter Levenda's 2nd volume of Sekret Machines. But now I see the Levenda release date has been pushed back two weeks to Oct. 29. Even so, why would deLonge release the books so close together? Especially when Lazar's book could only undermine whatever credibility Levenda's book might have.
https://www.amazon.com/dp/1943272379/?tag=genesteinbergina

Hollywood Tomfortas said:
The release date of Lazar's book is October 15, which was also the original release date of Peter Levenda's 2nd volume of Sekret Machines. But now I see the Levenda release date has been pushed back two weeks to Oct. 29. Even so, why would deLonge release the books so close together? Especially when Lazar's book could only undermine whatever credibility Levenda's book might have.
https://www.amazon.com/dp/1943272379/?tag=genesteinbergina
Click to expand...

For a guy who says he just wishes he had nothing to do with any of it, Lazar sure does manage to get a lot of publicity.

Indeed so. As I've mentioned in a previous thread - he's getting decent exposure in the mainstream - he appeared on JRE this June along with Jeremy Corbell, and the video has seen a ton of views on YouTube. He's also described like a normal guy from the host and David Fravor during the latter's appearance on the same show this week. So, the whole TTSA thing and Lazar even are getting some traction...
B

Movie next and UAP theme park rides. Well its captilism and sit on the fence on the tech aspect. Also remember you were not there.

3 months ago, I waxed philosophical about Bob Lazar and posted this on a few UFO Facebook groups.

Over at the Black Vault. John Greenewald cites the work of Tim McMillan, a retired criminal investigator, who has evaluated the documents he obtained in the FBI raid on Bob Lazar’s home while Jeremy Corbell was filming the documentary.

My focus here is not on the documents themselves, which you can see at the links provided, but rather the philosophical musings of Tim McMillan about the inevitable splitting of belief vs. disbelief that arises whenever we interpret the UFO phenomena and/or the people who chase them.

What Tim does is give the FBI raid on Bob Lazar a Hyper-Reality check.

What is Hyper-Reality? It is the inability of consciousness to distinguish reality from a simulation of reality, especially in technologically advanced societies.

In this case, the reality for skeptics is that the FBI raided Bob’s home because he may have provided the poison to kill a murder victim in Michigan. The reality for Bob Believers is that the FBI was after Bob’s store of Element 115. Each side confirms their reality and accuses the other side of falsehood, or simulated reality. Putting the groups together creates the hyper-reality check that Tim writes about below.
Documents on 2017 Bob Lazar / United Nuclear Raid – Laingsburg Police Department

TIM MCMILLAN:
In the end, just as all legitimate research in the topic of UFOs, when it comes to the “Bob Lazar FBI raid,” there’s enough verifiable facts to support either side of the fence one is inclined to lean on. Objectively, the only real conclusions that can be drawn from these documents is the realization, “The Truth is Out There” – somewhere.

For me, the “Bob Lazar Raid” is the epitome of the entire UFO enigma.

At the core, the only true consistency with the UFO phenomena is “its” steadfast commitment towards enigmatic and elusive displays of an intelligence that disobeys and rejects conventional norms and pragmatic understandings. As a good friend recently said to me, “It is as if the phenomenon uses our love of the chase as the main motivator to entice us.”

Ultimately, I set out to examine the Bob Lazar raid from the vantage of a criminal investigator. However, while forcefully disallowing myself from forming any conclusions that weren’t rooted in established fact, yet again, I was left holding a strange tapestry with threads of my research in consciousness and perception intricately woven within.

The Bob Lazar raid isn’t just situational symbolism for the UFO phenomena because it leaves those who seek the truth left holding nothing more concrete than shreds of subjective ideological beliefs. Instead, it is embodiment of the only uniformity I’ve come to find during my examination of anomalous phenomena.

Whatever, “it” is, seems to function like a technological reality generator. In the case of the Bob Lazar raid, two different persons will look at the Laingsburg Police report and end up walking away with two completely different perspectives.

One will sit back and see the atypical nature of the FBI’s search of United Nuclear Scientific as vindication of Bob Lazar’s claims of having worked on secret UFO technology, and the government’s commitment to keep this extraterrestrial Pandora’s Box closed.

Conversely, another will say how the report confirms Bob Lazar as a ne’er-do-well, seemingly surrounded by nefarious happenstances, and exactly the type of person who would create the whole Area-15/alien technology hoax.

Into the ether of collective consciousness, these different perceptions of the same exact event, will give birth to two contrasting realities. It is as if whether physical, immaterial, spiritual, extraterrestrial, or whatever one believes, the non-localistic and dualistic lack of definition seems to be the phenomena’s most distinguishing purpose.

From an existential perspective, indeed, these contrasting realities serve a greater purposes. For one tells us to seek realities which we have not yet come to know. The other, reminds us never to become so lost in the pursuit, that we forgot the existing reality around us.

Alas… the coyote – the archetype trickster god – cackles, as once again his tail escapes just beyond our grasp.
—————

Even if Lazar did sell a poisonous substance that was used to commit a murder, it has not been alleged that he did so illegally, or knew that it was to employed criminally. So, the so-called skeptical option in this case is not really a bad mark against him.