On the Show — Raymond Szymanski 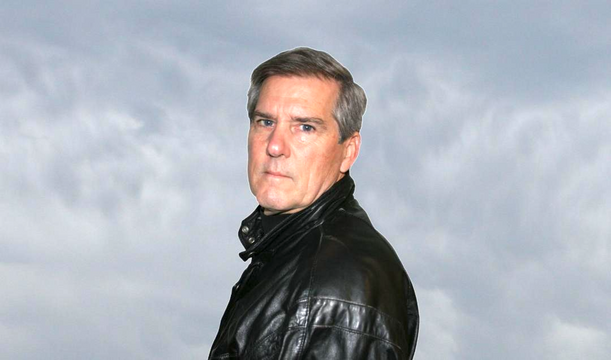 Raymond Szymanski is an award winning author, researcher, and an acknowledged expert on Wright-Patterson Air Force Base (WPAFB) and its purported alien connections. In his first book, *Alien Shades of Greys: Evidence of Extraterrestrial Visitation to Wright-Patterson Air Force Base and Beyond," Raymond reveals compelling photographic evidence and research that supports long held rumors of Wright-Patterson’s alien involvement. Forty years of employment at the fabled Air Force Base, where Roswell crash wreckage was allegedly examined, has given Raymond unique access to locations and individuals providing tantalizing information on Men in Black, alien burial sites, and the elusive Hangar 18.

In his 2nd book of the *Alien Shades of Greys trilogy, Victoria’s Secret Truth," Raymond presents an in-depth, convincing two-year case study for Close Encounters of the 7th Kind that crosses multiple generations of the same family. Therein, Raymond shares all the evidence that includes medical, clinical, photographic, audio, and video, which will allow the reader to arrive at unavoidable conclusions regarding possible alien contact.

The final entry in the trilogy is "Swamp Gas My Ass," the true exploits of two American heroes who intercepted the famous 1966 Michigan Swamp Gas UFO, an interplanetary visitor that government officials tried to explain away as “marsh gas.” This and many other formerly secret military aviation history events are told through the recorded interviews and written memoirs of the two U.S. fighter-interceptor pilots who lived them.

Raymond has appeared on the History Channel’s Ancient Aliens series, The Discovery Channel’s Expedition X Premier Episode, Dayton Fox 45 Morning Show, Youngstown NBC Morning Show, The Boom Boom Room with Ray Mancini, and has been quoted and amusingly misquoted in every major UK tabloid including The Sun, The Express, and The Daily Mail.

Raymond holds a Bachelor’s in Electrical & Electronics Engineering from the University of Detroit (1975). In 1983 he completed his graduate studies in Computer Engineering at Wright State University. From 1983 -1993 he led the Ada Joint Program Office’s Evaluation and Validation Team sponsored by the Undersecretary of Defense for Research and Engineering. He served two years as the first Director of the WPAFB Installation Civilian Wellness Program, impacting the lives of 12,000 base civilians. In addition to dozens of annual performance awards received in his distinguished career, Raymond has received two of the highest Air Force Civilian awards: The Air Force Civilian Achievement Award and the Outstanding Civilian Career Service Award. In his spare time he ran 16 marathons, including the 2010 and 2015 Boston Marathons. He retired in 2011 as a Senior Engineer/Scientist from the Air Force Research Laboratory at Wright-Patterson Air Force Base.

Our cohost will be Tim Swartz.

Recording Date (including After The Paracast):
Wednesday, September 14 at 2:00 PM Pacific (500 PM Eastern)
Post your questions or comments for discussion below:

To Download After The Paracast: Please Subscribe to The Paracast Plus
For Five-Year and Lifetime Subscriptions: Use Coupon Code ufo20 for a 20% Discount!