On the Show — James Fox 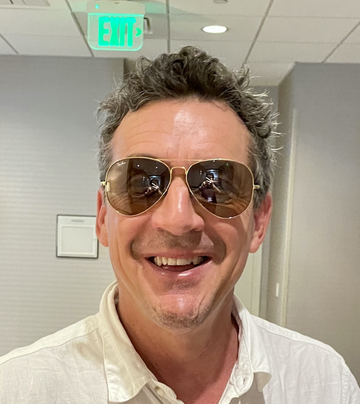 James Fox
is a filmmaker, writer, director, and producer. For more than two decades, he has focused his career on what he's come to call the “parallel history“ of UFOs. Again and again, he has discovered that there’s far more to these unexplained sightings and encounters than most people realize.

Fox was born in England and raised in New York and California. He began his journalism career early in life as an assistant to father/writer Charles Fox, a quadriplegic with multiple sclerosis. Together they traveled on many magazine assignments from Rolling Stone and Car & Driver to Sports Illustrated, conducting interviews with the likes of Stephen Hawking and race car legend Dan Gurney.

Fox finished and sold his first UFO documentary to Discovery Communications by the time he was 28. He has since completed films for the likes of Sci-Fi, Learning and History Channel and has made frequent appearances on such programs as the Larry King show, Nightline, Dateline, Anderson Cooper, Joe Rogan, Fox News, Logan Paul and, of course, The Paracast.

His latest film, "Moment of Contact," deals with Fox's investigation of an alleged 1996 UFO crash, along with the sighting, and possible capture of an extraterrestrial creature in Varginha, Brazil. His previous UFO documentary was "The Phenomenon," released in 2020.

Recording Date (including After The Paracast):
Updated! Monday, November 14 at 3:00 PM Pacific (5:00 PM Central)
Post your questions or comments for discussion below:

To Download After The Paracast: Please Subscribe to The Paracast Plus
For Five-Year and Lifetime Subscriptions: Use Coupon Code ufo20 for a 20% Discount!

Great to have James Fox back on the show he has always been one off my favourite Paracast guests.
Just ask him please what's in the pipeline as far as future projects and also ask him about his opinion on the American government seemingly back tracking and saying they can now identify most of the recent UAPs

Staff member
This is one of our best shows. James goes into extensive detail about the film, the case, and the film's background. Plus you learn, especially in After The Paracast, about his ongoing efforts to flesh out the story and cover other aspects of the UFO mystery.
Share:
Facebook Twitter Reddit Pinterest Tumblr WhatsApp Email Share Link
Top