On the Show: Jacques Vallee 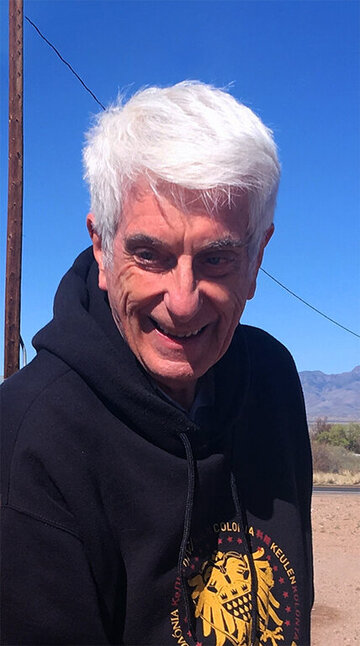 In mainstream science, he began his professional life as an astronomer at the Paris Observatory. Vallée co-developed the first computerized map of Mars for NASA in 1963. He later worked on the network information center for the ARPANET, a precursor to the modern Internet, as a staff engineer of SRI International's Augmentation Research Center under Douglas Engelbart.

Vallée is also an important figure in the study of unidentified flying objects (UFOs), first noted for a defense of the scientific legitimacy of the extraterrestrial hypothesis and later for promoting the interdimensional hypothesis.

This interview focuses heavily on a controversial book, "Trinity," which Vallee coauthored with Paola Harris. Its main focus is on an alleged UFO crash in New Mexico two years before the 1947 Roswell episode and includes interviews with eyewitnesses, two of whom were still alive as of the time the book was published.

Subscribe to The Paracast+! For Five-Year and Lifetime Subscriptions: Use Coupon Code ufo20 for a 20% Discount!

- What I gather, Mr Vallee extended the encounter classification developed by J Allen Hynek to gather new even more extraordinary categories. Is this classifcation still valid today, for modern UFO research?
- What are the top 3 cases globally? I gather the non-US ones are rather unknown - as the French gov has put public now lots of data - is there something that points out?
A

The 1940 s'Trinity ' story sounds interesting and there has been negative response by some areas of Ufology . How do those giving negative responses know its not a credible case ? Does the ' noisy negatives' have the classified rule book on all the events of the phenomenon? Also Dr . Michio Kaku excellent interview and top scientist left a paper on messages received from intelligent life forms not green little folks either during the 1950s Washington D.C. flyover and recorded interviews with a number of US Army Air Corps who had eyes on and footage taken-films (lots of film and photos) not just the crap in Project Bluetook which was just chaff. I r ead the classified papers of top scientists about the phenomenon and the UFO -UAP debries that were stored in massive areas . Much of the abduction cases are in the grey zone and (put most in doubtful zone ) more focus on events on electronics and weather.

Staff member
We did not have the time to ask all the questions because Jacque spent a lot of time on "Trinity," and he was not able to stay for the full episode.

But we did tentatively set up him to return in a few months.
D