My own personal ghost story.

About seven years ago myself and my girlfriend at the time visited the legendary Waverly Hills Sanitorium here in my hometown of Louisville, Kentucky. I've lived literally less than five miles from the place nearly all my life, but it wasn't until I became interested in the paranormal that I had even heard of it, nevermind heard about it being one of the top sites for paranormal activity in the WORLD. Anyhoo, we took the three-hour tour and took pictures left and right whenever we could with our trusty Kodak Easy-Share camera. Up until this point I had only been open to the possibility of ghosts, but there was one picture from the dozens that we took that made me a firm believer... 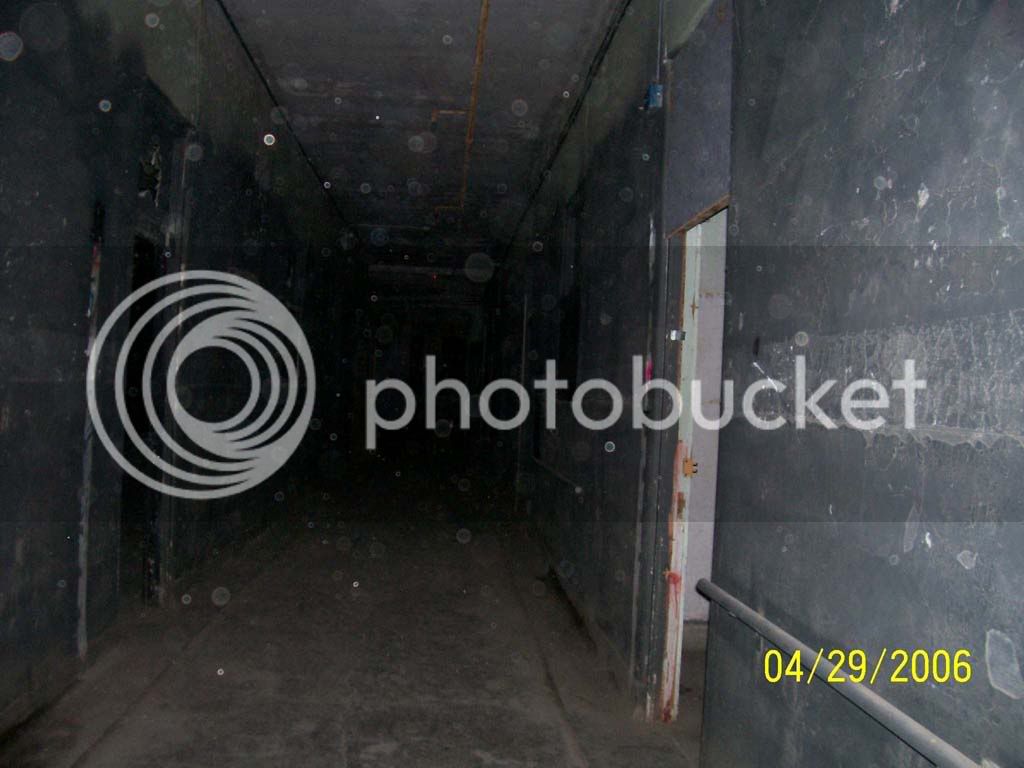 I noticed something faint and fuzzy in the center back, right next to an open doorway. I messed with the light levels (ONLY the light levels) to see if I could get a better view of the anomaly, and came up with... 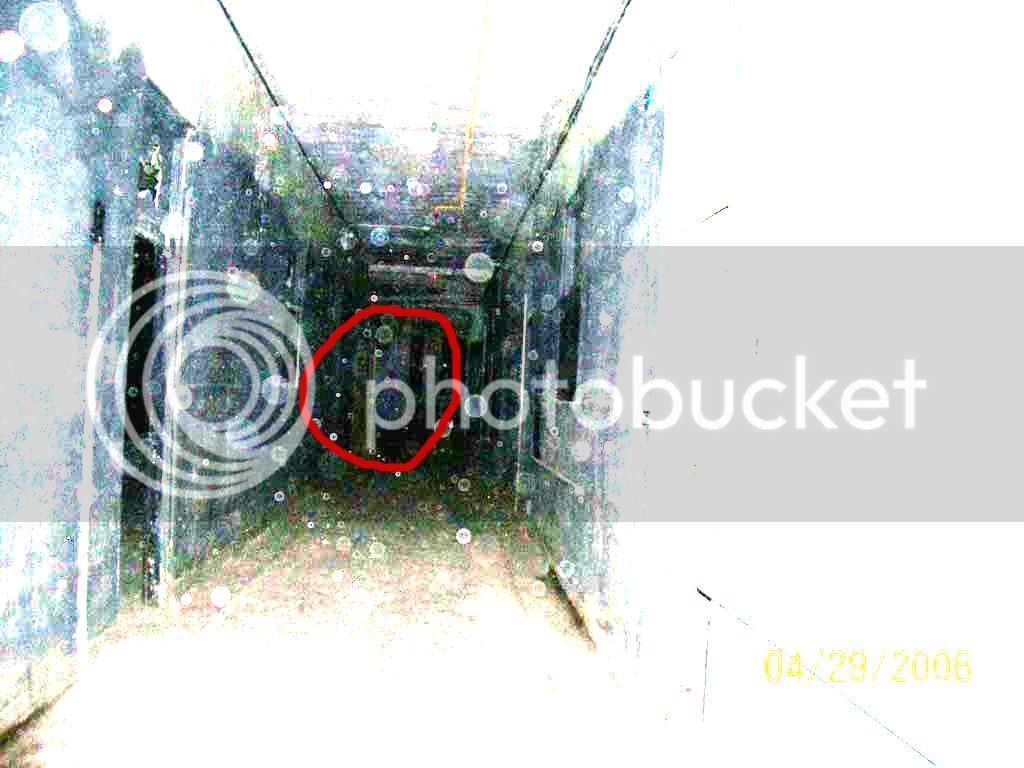 I stared at the image on my screen trying to make sure that I wasn't just seeing things, but what it appears to be to me is a faint, white figure that is seemingly walking out of the door on the far left side of that hallway. As it turns out, there is a legend of a "Man in White" that is often seen on that particular floor of the hospital. I've shown this to many friends and family trying to see if anyone sees him as well. PLEASE, tell me what you guys think.

If I were not given the suggestion that this might be a man then I would have been less likely to see one. As it is, I see something that resembles a figure but can't be sure it's not the process involved with the photo edit or something else. It looks like something but what, I have no idea.

I see other things that look like shapes on the wall to the left.Not human forms but forms of some kind.

Here is my whole question on these kinds of things, Why would a spirit WANT to walk around in an old decrepit building for years and years? What a truly sad place to be in.

I don't buy the , " They don't know they're dead" idea, and it's really tough to picture some kind of a time loop that replays an event. If this is the case the apparition would be doing the same thing over and over and there would be no intelligence involved. As far as the trapped there and can't get out theory goes...Meh. In my mind a slight possibility, but oh so very slight as there seems to be no motive. In the case of suicides I might be pulled in that direction because if we have a certain time to go and someone expedited theirs then maybe they are stuck, but that's only a theory of mine. There's a lot I don't know about this and there are a lot of questions that beg to be answered. Too much doesn't seem to add up.

I know these things are really popular on the tube right now and there are weird things being seen. I have the distinct feeling we are all being snowed.

I think it could just be a group of bad spirits up to no good if it's really something there. I can picture the group now: Head spirit to subordinates. Who wants to pull haunt duty tonight? ....Long silence..... Belwanzel how about you do it tonight? Belwanzel- Dude, I did this just last week and you want me to pull it again? This has to be the most bogus gig I ever pulled, at least let me go somewhere that people actually live...please? Leader- I have SPOKEN!! Now off with you!! NOW!!! Belwanzel- I forgot what I did last week, wasn't this the gig where when they bring in the medium I whisper in her ear that I am a man and I am in the main auditorium? Leader- You know what to do NOW GO!!!
You must log in or register to reply here.