If there is a "top of the heap" ET channeler it is Darryl Anka. Darryl channels Bashar, an Arabic word for "messenger with good news". Bashar has been coming through since 1984.

Anka/Bashar's consistency, simple, physics-based approach, devoid of airy-fairy New Agey philosophy. He extols personal responsibility, accountability and action. He could care less if you believe his messages are the result of the collective consciousness of his Essassani people. the message not the messenger is important.

My personal library of Bashar material takes up over 1/3rd of a 1Tb external hard drive.

Practical teachings aside, the most recent Bashar 2014-2015 session have included an extraordinary grouping of 'predictions'. laying on the line 30+ years of credibility. If you would like to take a look, below is a summary attached.

ET lives in a timeless environment. 'Predictions' are reads of the momentum of the energy of the collective consciousness of our race as opposed to edu-guesses or Akashic record look-ups.

If anyone is interested, I can provide the actual video footage of Bashar giving these momentum probabilities via a link that you can download the video for your personal review.

He isn't the guy who, in front of many witnesses, plunged a staff into solid rock? Now that would get my attention. The rest of these so called channel folk, to me they are no different than the contactee's of the 1950's who described space brothers taking the chosen on a tour of great cities on the planet Venus.
A

As far as the subject of channeling goes, I have much to share. I practiced automatic writing off and on for a number of years. I've seen Abraham Hicks in person. I attended a Bashar online event. I've read numerous channeled books. I even practiced spiritual mediumship for over one year with a professional.

Then, I discovered E.T. channeling posted on my Facebook feed of a young man who is the brother of someone I know. I got involved with all naivete and excitement, and you can read my story of it here: Invited to Channel My Own "Galactic Counterpart" | Real Aliens

In short, it seemed very practical and benign, wise and spiritually benevolent, but after three months of this I raised my doubts in public as to the nature of their real intentions with us. I was given a blase answer and the young man's girlfriend laughed at my concern, somewhat shocked I could be so suspicious. However, I pushed my point and asked if they were of God. They reacted saying, "You'll never convince me I'm not of Light." Interesting, because shouldn't we be the ones that need convincing another race from the galaxy hold our best interests in mind? History repeats itself if we are not cautious.

The next day I was targeted with what is termed mental disruption. Few would be able to really believe all the details of this. Not at first. Suffice to say, it was not fun and I hope no one ever goes through what I did. Within a month or two I found Marshall Vian Summers and the Allies of Humanity Briefings which actually explained my experience. I began to realize virtually all other E.T. related material was vague and unsubstantiated.

I understand many, many people think that there is a mix of "good" E.T.s and "bad" ones here. Most think that the Pleaidians, Plejarens, Arcturians, Sirians, and the like are our friends and part of the Galactic Federation of Light. It takes a lot to see that this is deception and persuasion plain and simple.

You may say, "But their intent is good and positive, I only feel spiritual alignment when I listen to or read them." However, you do not know that this is just your mental excitement at grand ideas. I believed similar things and even thought I had experience to back it up. It is unwise to think you can easily tell a friend from a foe when it comes to more mentally advanced beings.

Yes, we do have allies in the universe, in this region of local space. However, they have sent their wisdom and warnings to us that we are in a situation very similar to what they have faced on their own worlds before. They are not on or near the Earth, our Homeworld, at this time.

I invite you read the summary of their Briefings here. You owe it to people like me, of which there are hundreds, to hear us out. Not everything in the universe is our friend and we can't wish them away with "positive" thinking. 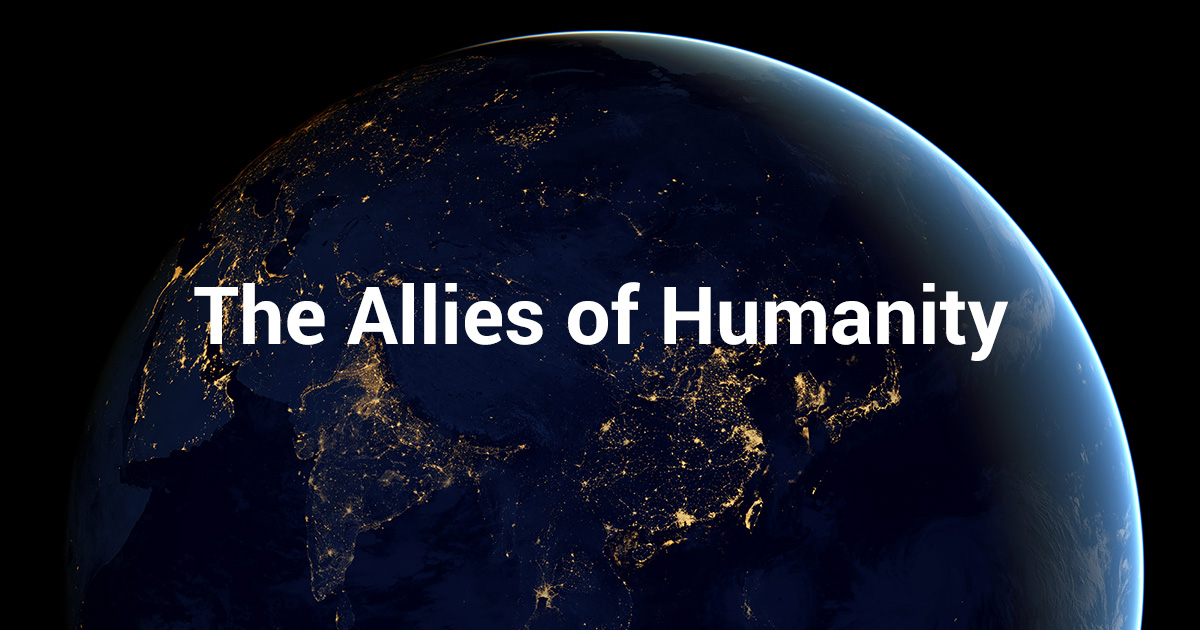 12-Point Summary of The Allies of Humanity Briefings

A Summary of the Allies Briefings. Revealing the extraterrestrial alien presence in the world today and the requirements for ethical contact.