Budd Hopkin's Revelation of the Antichrist

2:02 to 3:50 Budd Hopkins reveals a set of symbols .......... 3:30 in he claims Linda says this symbol reveals the thing, of the Antichrist, or reveals the Antichrist. This is the equation will bring into view: 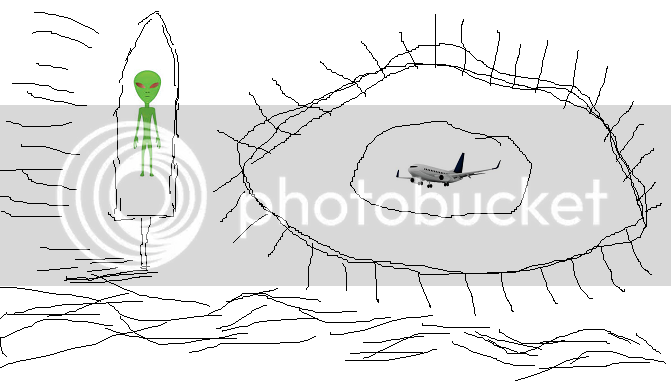 Hopkins identifies a symbol that can be seen as a sword swinging against an Eye, when a Sword Swings it can form the shape of "7", then with the Eye is "70", lets view the Equation:

MATTHEW 18:21 Then came Peter to him, and said, Lord, how oft shall my brother sin against me, and I forgive him? till seven times?
MATTHEW 18:22 Jesus saith unto him, I say not unto thee, Until seven times: but, Until seventy times seven.

Budd Hopkins Creates a Sculpture, indicating his admission of knowing the Antichrist's date of arrival in the end of the referenced video, if this is true, then: 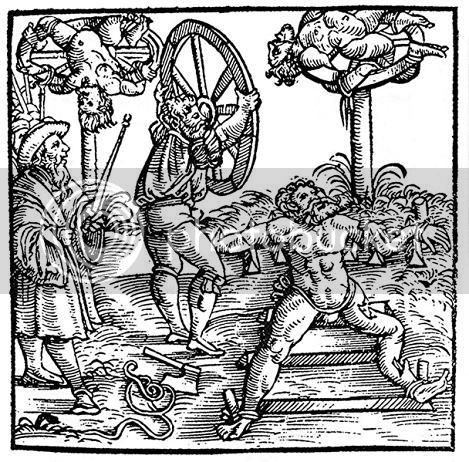 Hopkins creates a sculpture showing a particular method of execution, a person was tied to a wheel that resembled a UFO, and this person's bones was bashed with a weapon like a sword or a stick. Hopkins clearly indicates he understood the "seventy times seven", reference the Aliens were using to indicate the arrival of the Antichrist. 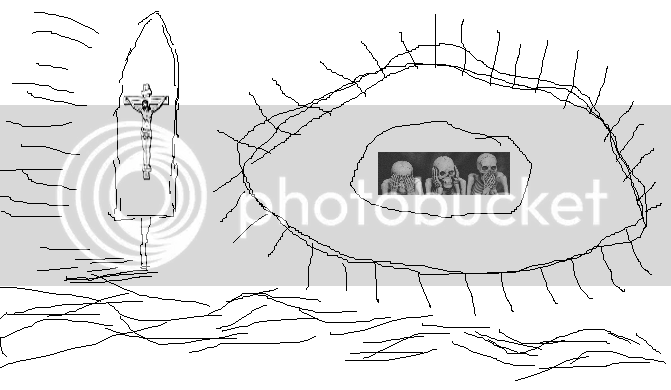 Hopkins understood that the Alien Equation went straight to the "3 Days of Darkness", cutting some of the Gospel's languages about signs in the end short, because the Antichrist was being put down, put do death, on a daily basis, by the unfaithful, and they were putting themselves to death in this way on a daily basis. Even though this is the case, Hopkins indicated in his sculpture, an isolated Rock to the side of the larger ring. Perhaps indicating that sometime during the process of euthanasia, the "Body of Benjamin or the Temple Stones or the UFOS", would become more prevalent.

Here is proof of aliens being promoted by religion.

It is also proof of a lot worse. The Christians running ads with poor kids who have no clean water or meds to address diseases - do not tell you they insist on attendance at their indoctrination and brainwashing centers before the money you give them (sometimes only a small percentage) gets spent on meds or treatment and food. You will get your letter from a kid who is used (abused) to write such letters to keep the money tree functioning but you also have this bad karma on your soul.

How can we protect our children from negative influences in the world? ... onwards have seen singularly massive increases in sexual promiscuity, drug abuse, ... in children by thoroughly training and disciplining them according to the Bible. ... One of the magic cards used in this game is "Soul exchange" and pictures spirits ...
V

If UFO and alien concepts have been detailed as a pre-existing human experience, along with the human historical evidence of an applied science relating to stone's nuclear conversion, then what is to quibble about the realization?

Scientists and occultists, elitists and secret brotherhoods, known to be a human applied condition and who knows who is a member?

The only reason this situation exists is because the supporting body of stone, the nuclear has been converted by and through and because of occultist practice, the elitism involved and the status of ownership of power.

We exist by the human reasoning of evolution, the stone nuclear was a stable condition and was unchanged by the atmospheric body that kept the stone fused.

Science dug up uranium (holy dust) and converted it and human life and nature was attacked....what is to argue about.....the secrecy and ignorance of elitism and elitist retorts?

The ancient human, attacked just like modern day humans due to occult practices, being the alchemizing realization of converting the nuclear (sun time) of stone fu-SION.

No secret exists that has not been discussed and revealed in the public, the only secrecy involves the elitists trying to control the information that the public is given as aware insights. Human psychic awareness a real state of the human mind, for the ancient male gained information for science and scientific conversion by and through the use of the human psyche...mind, thinking and realizing, studying and calculating. How is this situation different in today's human attack?

The human mind and physical condition is well aware that the conversion atmospheric UFO signal wavelength condition is caused by science and all of its applications....and it is attacking, destroying our minds and our cell life.

The Biblical awareness was a written document stating data, the effects considered as a prophecized realization, prophecy itself can only exist if a machination was applying the condition of change and phenomena cause and effects to the atmosphere or heavenly body.

The only reason why a human would state that dust is holy....do not change it.

That the heavenly atmosphere is holy....do not change it.

That the animal kingdom was holy....do not change it (as many religious ideals attest)....then it has real human reasoning, especially when modern day UFO fall out conditions have been changing and attacking all Nature.

When a biblical condition speaks about a "stable" condition in the same documents that speak about Sun Time, attacks by the Heavenly condition known as God and fall out of angels-angles.....it is a prophecy regarding Satanic practices, and SA-TAN the condition of the TAN, equations measuring the attacks as notations of occultism itself.

If a human expresses occultist ideals in their psyche, then it demonstrates that the human psyche is being attacked by the occultist practices, known, studied and biblically documented as occultist reality...scientific conversion of the nuclear of stone.

The Abomination to the Mother considers...Earth the Mother, the Heavenly body the Mother and Nature was considered to be Mother Nature. Who is to quibble with the old realization about why occultist practice was evil and considered an unholy attack upon the human life...mind...brain...cell nature?

Who dominates and owns the condition of civilization, its structures, status, trade and monetary lifestyle benefits? Occultists do, the brotherhoods who support invention and artificial machination that attacks life. As long as they can keep their own lifestyle, since when is any human life important to any of their considerations?

They use information to make status that they are concerned with humanity and its continuance and yet secretly make plans and discuss new sciences of occultism and experiments of occultism that attack and destroy our life and Nature. They really are full of sanctimonious discussions, for if they were convinced that occultism was evil, then why does religion support the condition by the very institution that it espouses itself to be?

Life as a single event is considered by their persons to be easily destroyed, yet when they considered themselves to not be the same life as our own by mind status, was the biggest mistake an occultist has ever considered.

When you review their theories they espouse that the sun energy cellular interaction of the human cell state should be owned by them for the use of an artificial applied machine outcome for using our human life energy for a new resource. This is actually one of their own personal considerations...for they believe in the loss of human life and single reviewed conditions, that do not actually exist when a human being is reviewed. All of our data is exactly the same, how our cells were irradiated differently is due to the atmospheric fall out condition being different where it falls out.

They considered our personal status as a human to be separate from their own and easily rid of as a consideration of losing human life and cell status...their documentation and also the public release of information has stated such.

They have used all natural resources for energy and knew that they would lose their lifestyle status, yet they had other considerations of lifestyles to choose from.

They used the nature of crop matter for a resource and as this resource is not able to gain monetary benefit they then looked to the human cellular condition to consider how they could remove our energy interaction from our bodies and the atmosphere for their own gain.

This is how evil minded the occultist really is.

Why else do you think occultists are studying the precepts of the human conscious awareness about the human self, God, and the Christ consciousness...and Satan as a condition?