SUPPORT THE SHOW AND ENJOY A PREMIUM PARACAST EXPERIENCE AT A SPECIAL LOW PRICE! We have another radio show and we’d love for you listen to it. So for a low subscription fee, you will receive access to an exclusive podcast, After The Paracast, plus an enhanced version of The Paracast with the network ads removed, when you join The Paracast+. We also offer a special RSS feed for easy updates of the latest episodes on your device. Flash! For a limited time you can save up to 40% on your subscription. So act now! For the easiest signup ever, please visit: Choose Your Membership Upgrade

This Week's Episode: Gene and Randall explore the abilities of the late psychic Edgar Cayce with best-selling author Sidney D. Kirkpatrick. Cayce is referred to as "the sleeping prophet, the father of holistic medicine, and the most documented psychic of the 20th century." Sidney's books include "Edgar Cayce: An American Prophet." He is the only author to receive unrestricted access to the Edgar Cayce archives in Virginia Beach, and he and his wife Nancy have authored some 30 articles on "the Miracle Man of Virginia Beach" and have been editors of Venture Inward, the official magazine of Edgar Cayce's Association for Research and Enlightenment. Kirkpatrick has lectured at the Smithsonian, the National Archives, UCLA, and Edgar Mitchell's Institute of Noetic Science. HBO, the History Channel, the Discovery Channel, A & E Television, NBC, and the BBC have all featured his work.

After The Paracast -- Available exclusively for Paracast+ subscribers on August 23: Best-selling author Sidney D. Kirkpatrick returns for the second part of his interview, which started on the August 22, 2020 episode of The Paracast. Again, his main emphasis is the late psychic Edgar Cayce, this time focusing on whether any of the psychic communications he reportedly had involved beings from other planets. Sidney also talks briefly about UFO sightings involving people he knew, and he also focuses on notables who also given readings by Cayce, such as a scientist who once researched the possibility of anti-gravity propulsion. Sidney also talks about other psychics, such as Peter Hurkos, who allegedly manifested such abilities after he recovered from a coma caused by a head injury. His original Cayce work is "Edgar Cayce: An American Prophet."

What About an October Surprise?
By Gene Steinberg

It reputedly happens during campaigns for U.S. President. Just a few weeks before the election, something significant occurs, possibly a campaign ad or news event, that disrupts the state of affairs.

One possible contender occurred in the 2016 election, where, in October of 2016, word leaked that FBI Director James Comey had written a letter to Congress about a possible new inquiry into Hillary Clinton’s email. Months later, Clinton claimed that, despite the fact that Comey announced that nothing significant was found a few days before the election, her momentum allegedly stopped.

Did that story result in her narrow loss in three states that cost her the Electoral College despite a nearly 3% advantage in the vote count? I’m not a political prognosticator.

But the economic crash in late 2008 might have influenced voters to choose Barack Obama over John McCain. And some of our older readers might recall when President Nixon announced, with no factual basis, that peace in Viet Nam was “at hand” in the days before the 1972 election.

Again, this is all speculation, but other events late in the campaign over the years have also been cited as examples of an alleged October Surprise. But political analysts generally agree that it usually takes more than a single event to tip the scales and elect a different candidate.

This year, all bets are off. There are obviously significant issues to confront, such as a pandemic and a deep economic slowdown. These are two of the main issues in place as voters decide whether to give Donald Trump another four years or turn the Oval Office over to Joseph Biden.

But what does any of that have to do with our little corner of the world?

So let’s return to 2016, when Clinton appeared on several TV shows where she promised to look into UAPs if she were elected. I recall how, on one of those shows, she pointed out that the name for the phenomenon had changed from UFOs.

Now one of her key campaign officials, John Podesta, is deeply interested in the topic and even penned the foreword for Leslie Kane’s best-selling book, “UFOs: Generals, Pilots, and Government Officials Go on the Record.”

Now it’s curious that, with all of Trump’s complaints that year about Clinton being crooked, mentally ill and otherwise unfit to be President, I do not recall him ever mentioning her interest in UFOs one way or the other.

Segue to 2020, where interest in the subject has grown in large part due to ongoing stories about the Pentagon’s ongoing interest in UFOs. Most recently, it was revealed that a task force was being set up to look into the matter.

So where does Trump stand? You can find his comments about most anything online, but he hasn’t said much about UFOs. Where he has, other than not claiming to know much about it, his prior comments haven’t been particularly positive.

That is until his son, Donald Trump Jr., interviewed him for Father’s Day 2020. When asked about Roswell, the President said, “I won’t talk to you about what I know about it, but it’s very interesting.”

When asked if he’d ever reveal what he knows, he responded, “Well, I’ll have to think about that one.”

Now regardless of your political persuasion, it’s true that Trump is known for grabbing lots of curious — and sometimes outrageous — tidbits online and making them part of his ongoing Twitter-storm. So it’s just possible he has read a few UFO stories, or heard about them via interviews on his favorite cable TV network, Fox News, and is just repeating them.

It may mean nothing more than that.

But consider this: What if Trump’s polls are still down-in-the-dumps come October? In his search for some notable event to change the course of the election, would he deliver a UFO revelation?

Remember that, even if something is classified Top Secret or above, the President has the power to declassify that information and reveal it publicly. Trump has done that in the past, and there’s no reason to believe that he wouldn’t do it again if he felt it would offer him some strategic advantage.

Advocates of UFO disclosure have long predicted — inaccurately so far of course — that the U.S. government is getting ready to reveal what they regard as the UFO secret, that we are being visited by beings from other planets.

Only this never seems to happen.

But it doesn’t stop speculation as to how the world might react. So in their 2012 book, “AD: After Disclosure: When the Government Finally Reveals the Truth About Alien Contact,” UFO researcher Richard Dolan and TV producer Bryce Zabel speculated on how the world is going to change.

Whether or not you agree that disclosure will come — assuming the government really has anything significant to disclose — the book is a compelling read. You don’t have to believe in the ET hypothesis to accept the reality that we are not alone in the universe. Even if UFOs aren’t spaceships, that doesn’t mean we haven’t been visited in the past, or that we won’t be visited in the future.

We should be prepared for that eventuality regardless, and how civilization might react is extremely important. Would the presence of otherworldly visitors cause problems for Earth’s religions? What about the energy industry if it were demonstrated that fossil fuels will quickly become obsolete? What about “Big Pharma” if there was the possibility that ET might deliver cures for all the major Earth diseases without the need of costly medical care?

What if some magical device could zap your body and rid it of all illnesses and, perhaps, even congenital conditions? Just like that, all free?

So if the U.S. had guilty knowledge of UFO reality, would Trump choose to reveal it in a possibly desperate attempt to shore up shaky reelection prospects? Even if his intelligence and military commanders said no, it’s not that he’d listen, right?

Understand this is just speculation. I have no secret knowledge or evidence of any imminent UFO revelations. Regardless of who wins, we may go into 2020 without knowing anything more about them than we do now.

It’s certainly possible that external events, such as a massed UFO landing, could occur at any time without the knowledge or approval of any Earth government. Indeed, I often wonder whether another world leader would choose to disclose some truth about UFOs to gain an advantage and why, if that truth is known, it hasn’t already happened.

Also, I don’t really see UFOs being on Trump’s radar despite the positive comments in that interview with his son.

But if an October Surprise of some sort is necessary, could UFO disclosure be part of the plan? Probably not, but it’s worth thinking about anyway.

Privacy Policy: Your personal information is safe with us. We will positively never give out your name and/or e-mail address to anybody else, and that's a promise!

I don't think there will be any such surprises, but he did start the "Space Force" with a Star Trek-like symbol, so who knows. 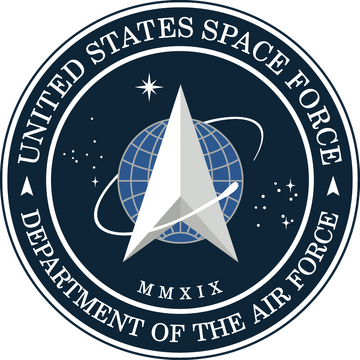 stalepie said:
I don't think there will be any such surprises, but he did start the "Space Force" with a Star Trek-like symbol, so who knows.
Click to expand...

And we all see how far that's gone.
A

Excellent newsletter Gene and ATIP are looking in the wrong place . Like I said all roads come from Roswell and yes a historical evidence which top researchers of Scientist Stanton Friedman . Dr. Randle , Don Schmtt , Tom Carey and Don Echer & Rich , George Knapp and Bob Lazar, Richard Dolan and others (including Gene and Randle plus others as its a team effort including Col Halt and team (Bentwaters was real and not a UK-US counter ops) it was contact no place for egos trying to crack the U.A.P shell) of prior to the multiple crashes . Not Japanese -nor Chinese or Tibetans, not robots and just look at the announcement today on successful automation aircraft! More coming down the pipe and we don't need one group running the agenda . All the hard-work in foundations was done by Ruppelt , Sanderson, Keel, Keyhole and absent friends who stayed in the shadows. Col Corso-Gen. Ramey left behind clues not disinformation as some have ran with and hey Walter was partly correct. The other critical case is Patrolman -Lonnie Zamora in Professor Stanton Friedman's and Don Berliner book 'Crash At Corona' (1992) and yes there were other crashes as eyewitness testimonies gave .