Morgan Knudsen is the founder of Entityseeker Paranormal Research & Teachings (the evolution of The Association for Psychical Research in Canada, 1918 ) as well as the world-renowned Teaching the Living program for clients, Morgan Knudsen brings classes and presentations on this phenomenon to a new level. With inspiring lectures that include fire art demonstrations, mind-blowing evidence, and uplifting stories, Morgan makes audiences recognize that managing who they are on the inside, directly impacts what they experience on the outside and to re-examine the world they thought they knew.

She can currently be seen on various television networks internationally, such as Discovery Channel, Travel Channel, Destination America, T+E, UK's Quest Red, and is the resident paranormal specialist featured on HAUNTED HOSPITALS and PARANORMAL 9-1-1. Haunted Hospitals is now currently the highest rated Discovery Network show in the UK, and both can now be seen globally 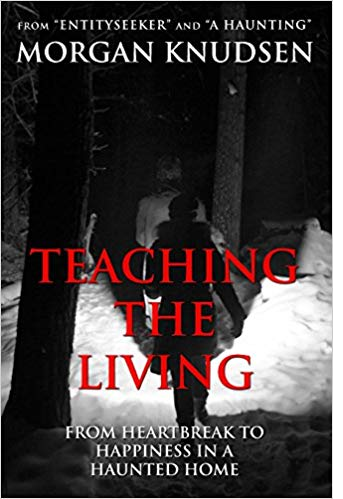 Morgan has been involved in the world of paranormal phenomenon for over 18 years. Her story began with a great great grandfather, Dr. Albert Durrant Watson, who was the president and founder of the Association for Psychical Research of Canada in 1918, which was the first paranormal association developed in Canadian history. He reported on his study of the seance communications, purportedly dictated by spirits that called themselves The Humble Ones, in The Twentieth Plane: A Psychic Revelation (1918) and Birth through Death: The Ethics of the Twentieth Plane: A Revelation Received Through the Psychic Consciousness of Louis Benjamin (1920).

The Show will be recorded Thursday April 04, 2019 starting at 5:00PM
Post your questions and comments for discussion below

I wondered, did you know Joe Fisher?

Are you familiar with his book, Siren Call of Hungry Ghosts ?

The gist of his book is that, in his experience, it is virtually impossible to prove the veracity of what these entities are saying. In fact, Fisher went out of his way to check the information given by the supposed spirits of the dead, and found some amazing incidental correlation, for example actual army units, and if I remember, an actual RAF unit, but an absolute denial of the existence of the persons that the entities claimed to be, and that by the actual members of those military units.

What would you say about Fisher's investigations and his untimely demise? How would you warn your practicioners to be able to discern deception?

Why do you think any of these entities would deceive human beings?

Farlig Gulstein said:
I wondered, did you know Joe Fisher? Are you familiar with his book, Siren Call of Hungry Ghosts ? The gist of his book is that ...
Click to expand...

I asked your question ( sort of ). I don't think I got it exactly right because it isn't clear to me how [to quote] "an absolute denial of the existence of the persons that the entities claimed to be, and that by the actual members of those military units." [end quote] relates to the correlations mentioned in your example. But I did as specifically: "How would you warn your practicioners to be able to discern deception?" and Morgan's answer seems pretty reasonable to me. She's also coming back for After The Paracast. 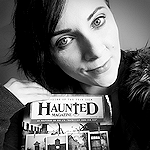 We barely scratched the surface on the main show, but Morgan is coming back on this Friday's ATP ( After The Paracast ). So there's still time to post questions or comments for discussion. I'm personally looking forward to exploring the subject of consciousness as it relates to what we mean by the ideas of negativity & positivity in connection with notions about quantum physics, NDE's, human psychology, and other esoteric and absolutely wonderful stuff.
F

USI Calgary said:
it isn't clear to me how [to quote] "an absolute denial of the existence of the persons that the entities claimed to be, and that by the actual members of those military units." [end quote] relates to the correlations mentioned in your example
Click to expand...

Fisher wrote in his book that while living in Canada he attended regular "sessions" of a woman who contacted entities while in a trance. The trance was supposed to help the woman healthwise (which it ultimately did not), but soon enough she started volunteering information from entities that would ostensibly speak through her. The tone of the woman's voice would change to sound more masculine when an entity who claimed to be a man would speak through her, and her expression of word and syntax would change from her normal speech as well. Several of these entities gave rather detailed information about themselves. Three instances in particular I recall from the book, two of which claimed to be UK military personnel who were killed, one in WWI, and the other in the RAF (I think) in WWII. So, Fisher collected all the details given by these ostensible dead humans and went to the UK to try to verify the information. Fisher was already convinced of reincarnation and had written a book on it. So, Fisher dug around in the UK and actually met members of the RAF unit named by the entity. According to Fisher, these members were rather astounded by the accurate incidental information that Fisher presented them about the unit given by the entity. However, the person the entity claimed as his human "RAF identity" was unknown to these members. They had never heard of the person that the entity claimed to be. It was a similar story with the WWI soldier. Quite a lot incidental information was accurate, but the name given by the entity was not in the war records in any shape or form. Fisher also checked out a different story of a civilian person claimed by one of the entities, and again, a great deal of incidental information was astonishingly correct, but the actual person named by the entity was not found.

Fisher himself fell prey to the tales of one of the entities. Fisher became convinced of a personal love story between him in a previous life and of a female described by an entity. Fisher again gathered all the details and traveled to the location given and found a few incidental details accurate, but some rather obvious details flawed. From that point Fisher began to have serious doubts about the motives of these entities.

Fisher's book goes into a great deal of detail of his rather long experience checking out the details given by these entities during the "sessions". Quite a lot of obscure incidental information was true, but typically the identity of the human person that the entity would claim to have been could not be verified. Fisher came to the conclusion that these entities were real and were communicating through the trance host. But as often as not, these entities were telling lies mixed with tantalizing obscure information that seemed to add an air of veracity and to convince people to trust what they said. He tried to convince some people to stop trusting these entities for life choices. His life became rather difficult at that stage.

So, I was in rather a hurry the other day, which is why my sentence above was a bit too brief.

Farlig Gulstein said:
Fisher wrote in his book that while living in Canada he attended regular "sessions" of a woman who contacted entities while in a trance ...
Click to expand...

Interesting stuff. I sort of got what you were getting at but wasn't sure, so for the ATP today I can also touch on the idea that deception can be not only by certain spirit mediums, but also of the "spirits" themselves. Morgan was not familiar with the specific author, so I doubt she would have much to say about his untimely death, but by all means tell us some more here. Now you've got me curious too!
Last edited: Apr 5, 2019 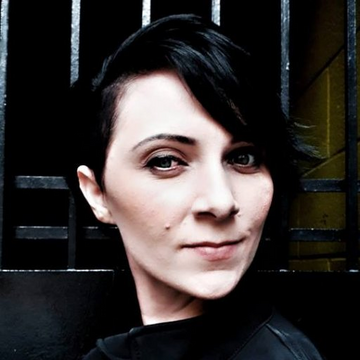 While researching our guest, one of the pictures had a sort of Matrix feel to it, and then on the show we got into the topic of consciousness and reality. Just pure coincidence? I don't know but I plan on asking during today's ATP episode. During the show, Morgan's overall approach to the subject of parapsychology came across as genuinely helpful and positive. We touched on the psychology of "Blue Zones", where people live longer happier lives, in part it seems, because of their positive outlook on life as well as their diet and exercise routines. - Blue Zones - Psychology Today

One of the things I did a long time ago to help create my own little aura of positivity is create a playlist with some of my favorite songs with messages of hope and positivity. Here's one for your listening enjoyment. Tick Tock - The Vaughn Brothers