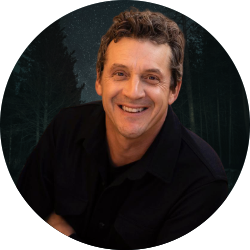 James Fox is a long-time friend of The Paracast, appearing over the years to discuss his UFO documentaries. Recently released as a digital download, "The Phenomenon" represents some eight years of work to bring a conclusion to this project. This exposive documentary is being hailed as the most credible examination of the longstanding cover-up and global mystery involving unidentified aerial phenomenon. Including shocking testimony from high-ranking government and military officials, NASA Astronauts, other credible sources, and riveting never-before seen footage, the timely film also reveals the monumental events behind the NY Times’ recent bombshell disclosure of The Pentagon’s secret UFO Program, and provides eye-opening evidence that mankind is not alone in the universe.

We'll be recording this episode between 4:00 and 6:00 PM MDT on Thursday October 22, 2020
Post any questions or comments for discussion below:

Staff member
And one more thing:

We're offering free coupon codes for "The Phenomenon" to folks who sign up for five-year or lifetime subscriptions to The Paracast+.

Don't forget that a subscription to The Paracast+ gets you the exclusive After The Paracast podcast plus an enhanced version of The Paracast free of network ads.

Staff member
And, James Fox stays on for this weekend's episode of After The Paracast.
You must log in or register to reply here.