Staff member
[Seems as if we are going to fed the latest installment of the "Skinwalker Ranch" meme. The tag line say's "inspired by true events" sounds like dramatic license will be liberally applied... I ain't holding MY breath, but it might prove mildly entertaining.— chris]

Claims about the ranch first appeared in the Salt Lake City, Utah, Deseret News and later in the alternative weekly Las Vegas Mercury as a series of articles by journalist George Knapp. Knapp and co-author Colm Kelleher subsequently authored a book in which they describe the ranch being acquired by the National Institute for Discovery Science (NIDSci) to study anecdotal sightings of UFOs, Bigfoot-like creatures, crop circles, glowing orbs, and poltergeist activity reported by its former owners.

The ranch, located in west Uintah County bordering the Ute Indian Reservation, was popularly dubbed the "UFO ranch" due to its ostensible 50-year history of odd events said to have taken place there. According to Kelleher and Knapp, they saw or investigated evidence of close to 100 incidents that include vanishing and mutilated cattle, sightings of unidentified flying objects or orbs, large animals with piercing yellow eyes that they say were not injured when struck by bullets, and invisible objects emitting destructive magnetic fields. Among those involved were retired Army Colonel John B. Alexander, who characterized the NIDSci effort as an attempt to get hard data using a "standard scientific approach". However, the investigators admitted to "difficulty obtaining evidence consistent with scientific publication." Cattle mutilations have been part of the folklore of the surrounding area for decades, but NIDSci founder Robert Bigelow's purchase of the ranch and investigation funding were reportedly the result of his being convinced by stories of mutilations that included tales of strange lights and unusual impressions made in grass and soil told by the family of former ranch owner Terry Sherman.

Deep Studios will release the film day-and-date in theaters and VOD in more than 20 markets across the country, including Los Angeles, Phoenix, Miami, Dallas, and Houston, with a DVD to follow.

Staff member
I am sure it will be an enjoyable movie as long as we don't watch it expecting anything near the real story. The Dibbuk box movie, 'The Possession' was a good enough movie but was far from the real story, which incidentally, I find more interesting and scary.

I had zero idea this movie existed so thanks for this Chris!

Goggs Mackay said:
I am sure it will be an enjoyable movie as long as we don't watch it expecting anything near the real story...I had zero idea this movie existed so thanks for this Chris!
Click to expand...

Me neither although I helped out Zack Van Eyke and Ted Bonnet on their screenplay for a "Skinwalker Ranch" movie project ten years ago that was met with some pre-production/writing hurdles that they were never able to surmount and the project was never put into production — even though a screenplay had been completed and everything looked good-to-go, etc etc.

I'd like to see a film company do an unauthorized biography of Bob Bigelow. 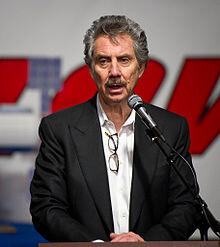 Oh my: so many unanswered questions about the billionaire who stalks UFOs and seems--at times--to have a connection with the U.S. intelligence community. If a serious documentary film project was started about Mr. Big, it would be interesting to see the type of pushback that might ensue.

pong said:
I'd like to see a film company do an unauthorized biography of Bob Bigelow.

Oh my: so many unanswered questions about the billionaire who stalks UFOs and seems - at times - to have a connection with the U.S. intelligence community. If a serious documentary film project was started about Mr. Big, it would be interesting to see the type of pushback that might ensue.
Click to expand...

How (seeming) connected to the US intelligence community? Care to say?

An eye-opening moment for me was when Gene and Chris were talking to "Chip" in this Paracast episode:

Is Chip credible? That's a good question. If I remember correctly, Chip stated that money to fund Bigelow's Skinwalker operations was coming from CIA or NSA. Maybe Gene and Chris would like to weigh in on what was said. You could devote an entire Paracast to Mr. Big and his secretive exploits. I have a feeling that even Mr. Big's friends--such as Art Bell and George Knapp--are not aware of the specific government connections that exist. Col. John Alexander, however, is probably quite plugged-in and is possibly a military/intel go-between for Mr. Big. There is a famous precedent for all this, of course. Las Vegas resident Howard Hughes and his associates became intimately involved with the CIA and Hughes money financed the construction of the Glomar Explorer, among other projects.

Project Azorian - The CIA's Declassified History of the Glomar Explorer 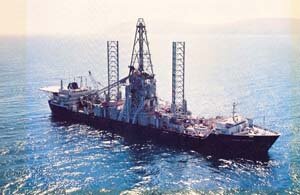 Thank you, Pong. Finally I am listening to a podcast of the Paracast and am hearing Gene and Chris for the first time.

There is some interesting stuff regarding Bigelow and NIDS in Greg Valdez's book "Dulce Base", not really specific to Skinwalker Ranch but to Government involvement in general...

pong said:
An eye-opening moment for me was when Gene and Chris were talking to "Chip" in this Paracast episode:

Is Chip credible? That's a good question.
Click to expand...

A couple of observations: Mr 'Chip' is not credible imo. What he is describing about being security on perimeter alone (what?) with untrained dogs and no cameras - total scramble. Not credible at all. Security just doesn't operate that way in my experience - especially if he's former military with a clearance - really? But if he was on the ranch - I think he was pretty much on the outskirts of things because most all of what he speaks about is second or third hand. I think Gene or Chris (can't distinguish the voices) was questioning his bona fides at one point - and I agree.

I heard no follow-up question about the supposed NSA document proving he was paid by the NSA. I'd be on that like white-on-rice. Just saying. It sounded pretty weak to me - and that was when his exposition began to seriously fall apart. But that's me and I am new to this.

Don't know who was talking - Gene or Chris - but the story of the 'ghost' is - in my view - an example of the human being as the instrument of perception. Physical equipment is capable of recording only physical phenomenon. A 'ghost' is not a physical event - it is a psychical event - so makes perfect sense that it was not filmed.

Gene/Chris (sorry - whichever) questioning about the fear creating the event - dead-on! I couldn't resonate with the 'harvesting' idea - but absolutely our psychical gestalt creates psychical events. That's why psychical activity around adolescents - especially girls (and 12-13-14 is a prime time) is not unusual when it happens. Fear is an absolute red flag. People have to get it drummed into them that nothing can harm you from that level unless one gives it entry - and fear is a prime entry state. (It's not that there is nothing to fear - too many people become deranged because they did not adequately respect the energies they were toying with).

Practice in lucid dreaming where one is able to command the dream images is a good preparation for such events. One will then see how one determines what takes place. Just a few thoughts. Easier said than done, of course, but worth the attempt. At some point curiosity will cause me to allow a phenomenon to occur - but this I know, that wherever there is fear, immediate (personal) safeguards must be in effect. Fear is the entry point and it must be unravelled for safety reasons and because no acquisition of knowledge can occur in that state.

Staff member
Whereas I understand your points about security etc, you have to remember that this is pretty much a unique situation. Guards there are providing security but they are only there to keep people out. There is no need for attack dogs and anything heavy. Chip himself basically said that as a security job goes, this one was pretty lax and strange. There is no reason that the job there should resemble the security normally carried out by serving or ex-members of the armed forces. I think the guards there were performing a dual role, whether they were aware of it or not, and that is to keep people off the ranch but also to be there as eyes and ears for anything that may still happen in a paranormal sense.
Remember, Bigelow is rich enough that he could put a razor wire fence and CCTV all round the place and do without human security - it's not like there is anything to steal there etc.

I understood the dogs were there more as a possible indicator of something strange happening. Chris has talked about the use of dogs to sense things on location and I believe that was the role of the dogs here.

It was Gene that brought up the subject of Chips credibility in as much as was he who he said he was and did he in fact work at the ranch, but Chris cut in and said that Chip had indeed been checked out to Chris' satisfaction. I respect your being vigilant about Chip and his credibility but as far as I'm concerned, if what Chris said is true then I have no problem with Chip.

Steven Seagal is in this right?

Goggs Mackay said:
As for the NSA connection, all that was said was that the letters NSA appeared on a payslip or work contract (cannot remember which) but that was all that was said. We don't know if the initials belonged to something else, I think it was suggested 'Nevada Security Agency' - although I don't think that was necessarily a serious suggestion, just an example of how the letters could mean something else.
Click to expand...

Thanks for all the clarification, Goggs.

Regarding the NSA reference - it was hard to make out but what I heard was simply an indication that 'Chip' saw a paper on a desk with those letters at an office in Las Vegas. He seemed to theorize that it had to do with the NSA government agency. It was very hard to make out because someone prompted him and then talked over what he was saying and clarification of the issue was never made. That's what I recall - a very scrambled moment.
Last edited: Aug 20, 2013