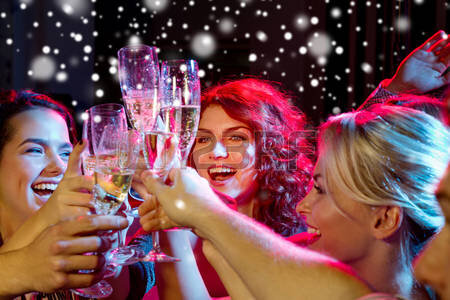 Staff member
To quote an old friend of mine ... (this dude is as crazy as a shit-house mouse ...)

Decker said:
To quote an old friend of mine ... (this dude is as crazy as a shit-house mouse ...)

LOS ANGELES – A federal jury this afternoon convicted a Hermosa Beach couple of a host of charges related to their participation in a scheme that filed fraudulent tax returns with the Internal Revenue Service seeking millions of dollars in refunds and used bogus financial instruments as a way to pay off debt.

On the fourth day of trial, the jury heard closing arguments and deliberated for approximately two hours before issuing the guilty verdicts.

The charges against the Mortons stem from their participation in a “redemption” scheme, which is the most common scheme used across the nation by tax defiers and “sovereign citizens.” Proponents of this scheme falsely claim that the United States government controls bank accounts – often referred to as “U.S. Treasury Direct Accounts” – for U.S. citizens that can be accessed by submitting paperwork with state and federal authorities. Individuals promoting this scam frequently cite various discredited legal theories and may refer to the scheme as “Redemption” or “Strawman.” This scheme, which repeatedly has been rejected by courts, predominately uses fraudulent financial documents that appear to be legitimate.

“These defendants orchestrated a scheme that used bogus ‘legal’ filings that sought to abuse the tax system and defraud the IRS out of millions of dollars,” said Acting United States Attorney Sandra R. Brown. “These fraudulent schemes are designed to do only one thing – victimize others for profit.”
“Sean and Melissa Morton made multiple attempts to defraud the IRS and the taxpaying public,” stated Special Agent in Charge R. Damon Rowe for IRS Criminal Investigation. “Today’s verdict reinforces our commitment to every American taxpayer to identify and prosecute those individuals who devise illegal tax schemes to obtain refunds to which they are not entitled.”

The evidence presented at trial showed that the Mortons filed income tax returns with the Internal Revenue Service that falsely claimed they had income from various banking institutions reported on Forms 1099-OID. As part of the scheme, the Mortons falsely reported large withholdings and claimed they were owed refunds from the IRS.

As a result, the IRS erroneously issued a refund of $480,323 to Sean Morton for a 2008 income tax return. On the same day the refund was deposited into the Mortons’ joint bank account, the couple took immediate steps to conceal the money, which included opening two new accounts, transferring over $360,000 to the two new accounts, and withdrawing $70,000 in cash.
When the IRS took steps to collect the erroneous refund, the Mortons began a campaign to thwart the government’s collection efforts. Specifically, when the IRS placed a levy on the couple’s joint bank account, Melissa Morton repeatedly sent letters to the IRS that falsely claimed it was her sole and separate account.

When the IRS attempted to collect the erroneous refund from the Mortons, the Mortons presented to the IRS various “coupons” and “bonds” that purported to pay off their debt with the IRS. The Mortons created and submitted these bogus documents to the IRS, instructing the agency to draw upon funds with the United States Treasury to satisfy their debt.

The Mortons also sold the bond scheme to others who were in debt to governmental organizations, such as the IRS and the State of California, and private bank institutions for mortgage or credit card debt. The Mortons charged their clients thousands of dollars to prepare and file useless UCC-1 documents declaring their clients’ “strawman” status, and to prepare and send false bonds to the government or banks which purported to pay off the clients’ debt.

The Mortons are scheduled to be sentenced by United States District Judge Stephen V. Wilson on June 19. As a result of today’s guilty verdicts, Sean Morton faces a statutory maximum sentence of 650 years in federal prison, and Melissa Morton could be sentenced to as much as 625 years.
The investigation into the Mortons was conducted by IRS Criminal Investigation. The case is being prosecuted by Assistant United States Attorneys Valerie Makarewicz and James C. Hughes of the Tax Division.