On the Show — Trey Hudson 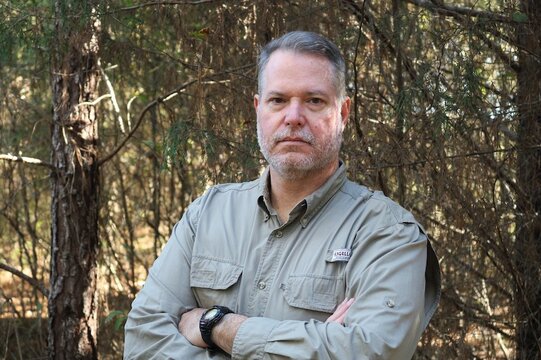 Trey Hudson is author of the book: "The Meadows Project: Explorations into the South's Skinwalker Ranch." Hudson is the current Director of the Oxford Paranormal Society and the Anomalous Studies and Observation Group.

There are several epicenters of such strangeness that have been ingrained into our collective consciousness over the decades.

The Hessdalen Valley in Norway, the Hoia-Baciu Forest in Romania, Japan’s Aokigahara Forest, the Mesa Verde dwellings in New Mexico, Stardust Ranch near Rainbow Valley, Arizona, and of course the legendary Skinwalker Ranch in Utah, USA.

Hudson's book chronicles the in-depth research into another such location located in America’s Southland. This remote site, known among select researchers simply as the “Meadow” is the location of many astounding events.

Some have even compared it to the Skinwalker Ranch itself with its own reports of UFOs, cryptid beasts, portals, missing time, crop circle like formations, men/women in black, orbs, strange beams of light, mysterious beings, and many other oddities.

The author grew up in Atlanta and entered college at the University of West Georgia and decided to major in psychology. After college he worked as a private investigator investigating insurance fraud and also attended the Army Intelligence Officers Basic Course at Ft. Huachuca, AZ. In the Spring of 1988 he was certified as an All source Intelligence Officer (35D). He was assigned to the 372nd Military Intelligence Detachment and then the 337th Tactical Exploitation Battalion, both in the Army Reserves. An injury ended Trey's military career and he is now a disabled veteran.

Recording Date (including After The Paracast):
Thursday, June 2 at 3:00 PM Pacific (6:00 PM Eastern)
Post your questions or comments for discussion below: