On the Show — Tobias and Emily Wayland 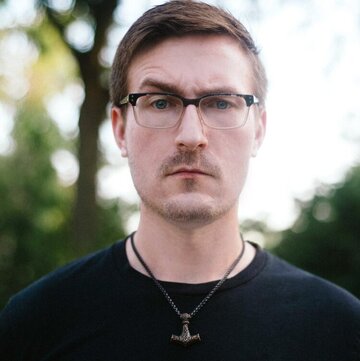 Tobias Wayland is a passionate Fortean who has been actively investigating the unusual for over a decade; the first several years of his investigative career were spent as a MUFON field investigator, and following that he investigated independently prior to becoming the head writer and editor for the Singular Fortean Society. Tobias is a frequent guest on various podcasts and radio shows, has contributed to several books and periodicals on the paranormal, and is often invited to speak at paranormal conferences and events.

His years as an investigator have served him best by illustrating that when it comes to the anomalous, the preternatural, and the paranormal, any answers he's found are still hopelessly outnumbered by questions. 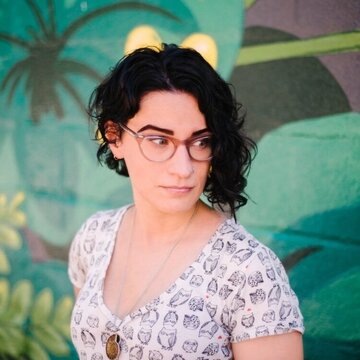 Emily Wayland is an ardent craftsperson and devoted monster enthusiast with degrees in both photography and design. An accomplished artist, designer, and photographer, Emily is responsible not only for the Singular Fortean Society's aesthetic, but also the examination of any photographic or video evidence. Emily’s art and designs have been featured in various paranormal art shows around the Minneapolis area, as well as in the ‘Chicago Mothman’ portion of the Small Town Monsters documentary Terror in the Skies. She and her husband Tobias have been involved with the Lake Michigan Mothman investigation since its advent in the spring of 2017, and published a book chronicling the experience, "The Lake Michigan Mothman: High Strangeness in the Midwest." She is also featured in the Small Town Monsters documentary On the Trail of the Lake Michigan Mothman for her part in investigating the mystery.

Her lifetime love affair with monsters of all varieties has led her to pursue them in real life, and she hopes that her expertise in photography will help her capture one—at least on film.

Recording Date (including After The Paracast):
Wednesday, August 10 at 2:00 PM Pacific (5:00 PM Eastern)
Post your questions or comments for discussion below: