On the Show — John LeMay 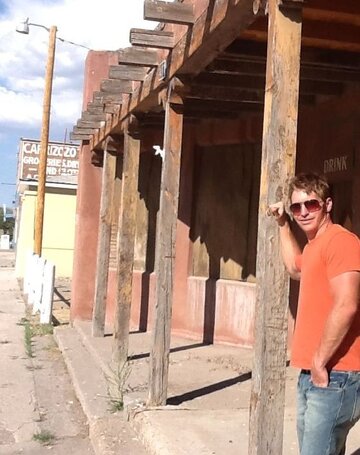 John LeMay is from Roswell, New Mexico, and has written over 25 books on Southwest history, cryptozoology, ufology, and cinema history. His best known books include Tall Tales and Half Truths of Billy the Kid, a collection of far-out folklore on the famed desperado; and Jaws Unmade: The Lost Sequels, Prequels, Remakes and Rip-Offs; one of many other books about lost/unmade films by the author. He is also the co-author of the well-received The Real Cowboys and Aliens series with Ufologist Noe Torres, which spotlights UFO sightings from the Old West and early day America. In a similar vein, he is the creator of the Cowboys & Saurians series, which focuses on remnant dinosaurs and cryptids reported in the late 19th and early 20th centuries.

In addition to these works LeMay has served as President of the Board of Directors for the Historical Society for Southeastern New Mexico in Roswell and has a regular historical column in Vision Magazine. Among magazines to publish his works on film are G-Fan, the world's longest running "fanzine;" Mad Scientist, covering genre films from the 40s,50s,60s and 70s; Xenorama, a wild and eclectic grab-bag of topics ranging from Godzilla to Kung Fu; and the prestigious Cinema Retro, covering cinema from the 1960s and 1970s. LeMay has been featured on radio programs that include Coast to Coast A.M., and is a regular guest on podcasts such as Scarycast and Kaiju Transmissions.

Recording Date (including After The Paracast)
Thursday, December 2 at 2 PM Pacific (4 PM Central)
Post your questions or comments for discussion below:

Well you can ask him what he thinks of my view that if Roswell did happen it was nothing more than an experimental government project.

Staff member
Yes we did talk about Roswell, Richard. Thanks.

I really like this movie. First saw it back in the late 1970's when it was aired on television.