On the Show — Charles Lear 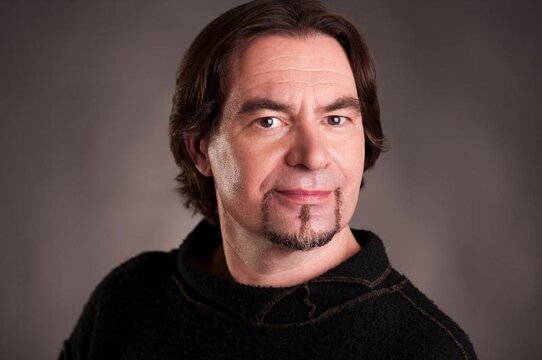 Charles Lear has many interests, of which UFOs take up more than a little of his time. His main interests in the UFO subject are in the documented history the phenomenon has spawned and the people who investigate it, as this book reflects. Charles’ other interests are geology and paleontology and his familiarity with science and its disciplines informs his approach to the UFO subject. Having lived most of his life in New York City, where he made his living as a union stagehand and was involved in other aspects of theatre as a playwright, producer, director and Shakespearean actor, Charles now resides in New York, USA. He writes a UFO blog for Blog – Podcast UFO.

His book, "The Flying Saucer Investigators," is a whirl of history. It's about the people involved in the mystery of the flying saucers, mostly the investigators, but also the witnesses, some of whom were profoundly affected. The period covered is what has been called "The Golden Age of Flying Saucers," which begins in 1947, after the sighting that year by businessman pilot Kenneth Arnold, and ends in 1969, with the termination of the U.S. Air Force's investigation, which existed for most of its duration as "Project Blue Book."The investigators ranged from kids with saucer clubs to serious-minded individuals with connections in government. There were military personnel assigned to take flying saucer reports and follow up on them, and the U.S. Congress was moved to hear arguments for a federally funded study of flying saucers on two occasions. The history of this "Golden Age" is presented using newsletters, magazines, case files, official documents, newspaper articles, film footage, and archived recordings from television and radio. Some of the cases the investigators looked into are presented using nothing but the facts as they were recorded, without speculation or sensationalism, and even the die-hard skeptic may be left wondering by many of them.

As regular listeners to The Paracast know, Gene Steinberg is a survivor of this "Golden Age," and knew a number of the people described in this book.

Recording Date (including After The Paracast):
Wednesday, June 8 at 2:00 PM Pacific (5:00 PM Eastern)
Post your questions or comments for discussion below:

Yes Gene and Curt maybe you could just ask him to talk a bit about those characters from the late 60s and seventies from ufology.

Gene I love it when you talk about those days,with Jim Mosley,Tim Beckley etc.
If I could listen to those shows everyday I would.

Staff member
After a couple of weeks, your brain would be mush.

Maybe,but it would be good mush.

Staff member
Charles is probably going to join our rotating staff of cohosts.

During After The Paracast, we also talk about Curt's article about the strange case of Bill Moore.

Supprised about this news Gene he was on coast to coast this morning. However I will give it a chance still think I would prefer Tim and Curt.

I don't really listen to Coast.

Yes Charles. I don't listen to it much either but at 6am on a Saturday it's better than anything else that is on.

Staff member
It's why I'm watching season 4 now of Deep Space Nine with an occasional foray into Stargate SG-1.

Exactly,the Laurel and Hardy of science of fiction.