Colm Kelleher — On the Show (Updated!) 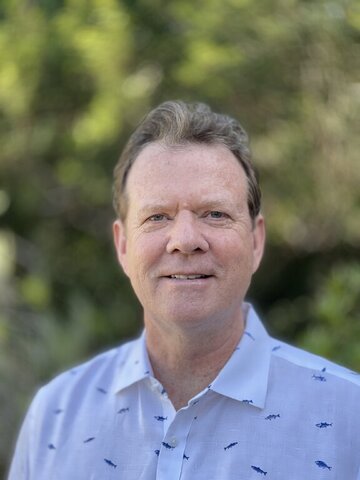 Colm Kelleher is a co-author of "Skinwalkers at the Pentagon: An Insiders' Account of the Secret Government UFO Program" with James T. Lacatski and George Knapp. The book unmasks the massive scope of the Pentagon’s landmark UFO study that ran from the Defense Intelligence Agency in Washington, D.C. The Advanced Aerospace Weapon System Applications Program, or AAWSAP investigated the “Tic Tac” and other “nuts and bolts” UFO events, analyzed intrusions of UFOs onto US military bases, as well as probed the plethora of bizarre phenomena that government investigators encountered on Skinwalker Ranch.

Since obtaining his PhD in biochemistry from Trinity College Dublin, Colm Kelleher has spent 35 years in a wide variety of diverse careers. Between 1991-1996, he was an immunology research scientist at the National Jewish Center in Denver Colorado.

Between 1996-2004, Kelleher led the National Institute for Discovery Science (NIDS) team on Skinwalker Ranch as well as multiple other NIDS projects. From 2004-2008, Colm served as laboratory director at San Francisco biotechnology company Prosetta where he led teams of scientists in executing DoD contracts to discover drugs against Ebola virus, Rift Valley Fever Virus, Junin, Machupo, Marburg and other viruses of interest to DoD.

From 2012-2020, Kelleher led the Environmental Control and Life Support Systems (ECLSS) Department at Bigelow Aerospace. where he managed eleven separate projects that cumulatively resulted in the building of life support systems for expandable spacecraft in Low Earth Orbit (LEO).

Note: George Knapp will be rescheduled for a later date.

Recording Date (including After The Paracast)
Wednesday, November 24 at 2 PM Pacific (4 PM Central)
Post your questions or comments for discussion below:

For After The Paracast: Subscribe to The Paracast Plus
Limited Time Only: For Five-Year and Lifetime Subscriptions: Use Coupon Code ufo20 for a 20% Discount!

Ask George Knapp does he believe personally that skinwalker ranch is a portal to another dimension?
R

I've got a question for each guest.


I understand Bob Lazar and Bob Bigelow set up a company together called Zeta Reticuli 2. The company didn't appear to last long. Do you know why the company was set up and what led to it's closure?

Staff member
Thanks for the questions. Knapp is being rescheduled, but we will bring up your question to Dr. Kelleher.

Staff member
There's an awful lot to consider here that you didn't expect.

Including physiological effects of UFOs, similar in some respects to Cash-Landrum.

Staff member
Richard: We asked your question of Colm, and he was fully able to answer it in a detailed fashion.

Thanks Gene. All answers from all people are welcome.