Staff member
Dr. John B. Alexander (who has been featured on The Paracast in five prior shows) is the author of several important books. These books include: The Warrior's Edge: (1990) which looks at research on the capabilities of the mind done by the military and applies it to both the military and business worlds. The issues discussed are not new--meditation, active listening, intuition, visualization, biofeedback, martial arts, and psychokinesis, to name a few.

UFOs: Myths, Conspiracies and Realities (2012) reviews major events in UFO history, finding both facts and flaws. The gulf between the public's opinion of UFOs and what most scientists believe regarding them is cavernous. During the 1980s, Alexander organized an interagency group to explore the evidence, with participants from the military, CIA, and aerospace industry examining classic cases, separating solid facts and credible witnesses from the myths and conspiracy theorists. Determining that UFOs, while real, are beyond current comprehension, Alexander sees the extraterrestrial hypothesis as too narrow. UFOs remain an enigma, he concludes, since every time we think we have an answer, new observations make the problem more complex.

Alexander's latest book, Reality Denied: Firsthand Experiences with Things that Can't Happen - But Did (2017) has just been released by Anomalist Books. Here, Alexander confronts conventional wisdom with events that, although quite real, seem to challenge the revered “laws of science,” proving them to be wrong or incomplete. The thorny issues of life after death, mind over matter, UFOs, remote viewing, telepathic communications with animals, and more are all addressed from John's unique perspective. Here physical and spiritual domains collide, providing glimpses of worlds beyond everyday reality.

John B. Alexander, Ph.D., is a retired Army Colonel Green Beret with decades of experience with a wide range of phenomena. Traveling to all eight continents, he has encountered events that defy common explanation and has met with shamans in the Amazon, the Himalayas, the Andes, East and West Africa, and Northern Mongolia. In Tonga, he dived in open ocean with humpback whales, and was involved with telepathic experiments with wild dolphins in the Bahamas. A psychic adventurer, he practiced psychokinetic metal bending, fire walking, and caused a white crow to fly for the National Academy of Sciences. A founding board member of International Remote Viewing Association (IRVA), he is a past-president of International Association for Near-Death Studies (IANDS), and former Society for Scientific Exploration (SSE) councilor. He was the inspiration for the main character in the film Men Who Stare At Goats, "Lyn Cassady"—played by George Clooney.

Straddling two worlds—one conventional, the other anything but—he is retired from Los Alamos National Laboratory where he headed "non-lethal" weapons development. John served on studies with the National Research Council, the Army Science Board, the Council on Foreign Relations, NATO, and was a senior fellow of a DoD university. Dr. Elisabeth Kübler-Ross who headed his doctoral committee. His website is found at johnbalexander.com.

This is a show not-to-be-missed. Please post YOUR QUESTIONS ONLY in this thread. Taping will be this Thursday afternoon 2-4 pm PT.

Can we pin Dr. Alexander down by giving us his 'top 5 ' (or more) specific UFO cases?

What is Alexander's current thinking on the ETH? Does he believe that it is the most likely answer based on the available evidence?

Can Col. Alexander provide his opinion on the recent Tom DeLonge announcement and comment on the credibility of the gov't people involved? Particularly, Luis Elizondo, who is allegedly the former Director of Programs to investigate Unidentified Aerial Threats for the Office of the Secretary of Defense. As a former military officer, can he put that program into context for us, as the Elizondo revelation has been subsequently widely touted as "proof" that the US gov't never, in fact, stopped seriously investigating the UFO phenomenon after Project Blue Book.

What does Colonel Alexander think the possibilities are of a nuclear war between the U.S. and North Korea. Are there safeguards in place to prevent such a thing from happening?

Staff member
Can we just focus on politics only as it relates to our subjects of interest please?

DaveM said:
What does Colonel Alexander think the possibilities are of a nuclear war between the U.S. and North Korea. Are there safeguards in place to prevent such a thing from happening?
Click to expand...

Helping Dave out here given Gene’s anti-politics stance, I would amend the question thusly:

Gene just got Kimballed! Now wait for the ban...

Sent from my iPhone using Tapatalk

Could you, Dr. Alexander give us a "big picture" overview of how you view the universe,
where we humans fit into the "big picture"
and how non-human intelligence fits into this picture? Thank you.

As a skeptic, UFOs: Myths, Conspiracies and Realities is one of my favourite UFO books because it's so balanced.

Would Col. Alexander have any experiences that rate as highly bizarre as what he saw at Skinwalker Ranch while he was part of NIDS? Does he have any thoughts on it since writing about it in the book?

Maybe I should place my faith on these... 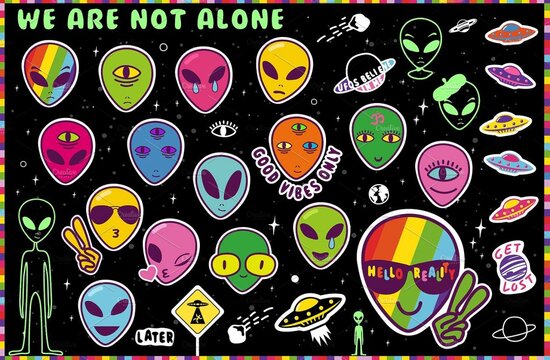 Here’s a question for Dr. Alexander:

Given the recent finding that 22% of all the stars in the universe are orbited by an Earth-like planet in their habitable zones, and the fact that astronomers and astrobiologists now say that a pessimistic estimate for the number of technologically advanced civilizations in the observable universe is at least 10 billion[1], clearly those who still mock the notion of technologically advanced life forms sharing our universe with us can only be described as scientifically illiterate Luddites.

So why do you think anthropocentrism is still the prevailing view within our culture?

Is this simply an issue of common ignorance, or is the human ego too bloated and fragile to face the virtual certainty that we're a comparatively primitive species in the cosmos?

“By applying the new exoplanet data to the universe's 2 x 10 to the 22nd power stars, Frank and Sullivan find that human civilization is likely to be unique in the cosmos only if the odds of a civilization developing on a habitable planet are less than about one in 10 billion trillion, or one part in 10 to the 22th power.

‘One in 10 billion trillion is incredibly small,’ says Frank. ‘To me, this implies that other intelligent, technology producing species very likely have evolved before us. Think of it this way. Before our result you'd be considered a pessimist if you imagined the probability of evolving a civilization on a habitable planet were, say, one in a trillion. But even that guess, one chance in a trillion, implies that what has happened here on Earth with humanity has in fact happened about a 10 billion other times over cosmic history’”
https://phys.org/news/2016-04-limits-uniqueness.html
Last edited: Oct 25, 2017

Staff member
You can find more information about Dr. Alexander at his site:

It appears, too, that he'll return for our After The Paracast episode this weekend.

I'm looking forward to this one.

Staff member
On After The Paracast, Dr. Alexander's discussions include the prospects for intelligent life in space and reincarnation and Bob Bigelow's comments that alien life is already here during his "60 Minutes" appearance.

Sent from my iPhone using Tapatalk
Click to expand...

The question was asked on After The Paracast.
You must log in or register to reply here.