Can You Predict The Future ?

Even If I am a minority of one, truth is still the truth.

Even If I am a minority of one, truth is still the truth.

It is difficult to understand premonitions until the event takes place.
Though I have had premonitions, I don't think I can foretell the future because of this difficulty.
When I was young I visited a well respected psychic named Hershall Bray.
Mr. Bray said I would spend most of my life in an institution.
He was right.
My wife and I recently celebrated our 35th year in the institution of marriage.
What he said was right, but it sort of freaked me out at the time as I was thinking mental institution, or (heaven forbid) a penal institution.
Mr. Bray had a true gift of second sight, many people were forwarned and many were comforted (he also was said to be able to "call up" the dead).
Mr. Bray never charged a fee for his readings, but most people left him a love offering on the table by the door as they left. Hershall thought this very funny as he was a very wealthy man. He used the love offerings to help disadvantaged families. I knew him for about ten years before he passed on.
He had told me that he would cross over on a certain date, and true to form, he was right again. One thing I took from knowing Hershall was not to fear death. He always said we were holometabolic creatures, and our physical existance might best be refered to as a "larval" stage of our being.
He told me I was as old as the universe, and would be until the universe ended. That always puzzled me, then one day it hit me...all we are is composed of dirt, minerals, and water...all as old as the universe, put together in this incarnation by DNA and RNA...but the fact remains,
"All We Are Is Dust In The Wind"-Kansas.
H

I can't predict the future and nor do I wish to be able to. Your future is your destiny and I don't want to alter your destiny for one millisecond in your life.

You are right we are just star dust. We are made up of chemicals created in the vast hydrogen clouds that followed what created this Universe. Wit DNA now discovered to have memory we need to aim to try to revitalise that memory of our past journeys throughout the Universe.

String theory allows for multiple Universes so our journey has just begun. A parrallel universe may be next to you without you even realising it.

We are all made of star stuff and the opportunities within sciens and metaphisics are boundless. Search for the answers for if meant to be all will be explained ot us in the future.
N

Not seemingly at will, or precisely what I seek to "know"
but often
a dream, or an "image" will occur withIn me
and I see
that very "preview"
played out,
often in unexpected ways.

fascinating times to Be Human, isn't it?

I agree with Hoppy.
I wouldn't wish to know another's "future"
(tho occaisionally, I sense something approaching...)

the act of trying or wishing to know for someone else...
comes with it, for me, weight of responsibility I don't need.
it's enuff for me to choose every Moment,
from the miriad of potentials of the Now.

I predict that the sun will rise in the east tomorrow, that next year will be 2008, and that horoscopes will continue to be BS. Beyond that, I subscribe to Criswell's Maxim:

"Greetings, my friend. We are all interested in the future, for that is where you and I are going to spend the rest of our lives."
A

I predict that the sun will rise in the east tomorrow, that next year will be 2008
Click to expand...

I was going to say the exact same thing.
K

I thought of it too since I read it!
I

How is "premonition" being defined here?

I was watching a program on television the other day and while I was I kept thinking of the name of a particular place. I even thought to myself "Why the hell are you thinking of that?". I turned the channel at a commercial break and watched something else for a while. During that show the place I had been thinking about was mentioned as a footnote to an entirely different subject.

Would that be classified as a premonition? It seems terribly insignificant by comparison to predicting a major disaster (I did have an odd pre-9/11 dream but that's for another time) or the like.

But if linear time is only something we perceive in this dimension is it so impossible that a premonition is just a glimpse of some other point in time; a glitch in our perception? This could also explain certain types of ghost sitings.

I know this "theory" is nothing new. I don't presume to be groundbreaking. I'm just questioning.
Y

Mightn't it be a matter of seeing one of the possible outcomes? I know that seems, on the face of things, to nullify the experience but if a person were to see one of the countless possible outcomes and see that outcome exactly as it will later occur (colors, clothing, phrases, etc) then isn't that a form of premonition that involves free will?

Time is such an odd animal.
A

As touched on already, if predictions are seen as tapping into probabilities, free will isn't swept away.

There may be certain probable lines that have a certain destiny though. If I jump out of a plane with no chute, I am destined to go splat. Some choices doom us more so than others. I won't be waking up going off to be a brain surgeon tomorrow. Not that I am destined not to in life, only that my current probable lines don't have it in the cards. If I use my free choice to choose certain activities, such as college and medical classes, in time becoming a brain surgeon becomes more possible.
I

A.LeClair said:
As touched on already, if predictions are seen as tapping into probabilities, free will isn't swept away.
Click to expand...

Oops, sorry - I didn't mean to rehash. I've seen the same ideas raked over and over on other threads and I know how annoying it can be. Again, sorry.

interestedINitall said:
Oops, sorry - I didn't mean to rehash. I've seen the same ideas raked over and over on other threads and I know how annoying it can be. Again, sorry.

Huh? No, I was rehashing not you

Thanks gentlemen, I'd be more willing to accept the possibility of "seeing the future" if it involved somehow gleaning the most likely path a person can take among many probabilities. This sort-of ties in to some science fiction I've read, supposedly based on real physics, that various possibilities or forms for an event or item may exist concurrently in a "wave function" that "collapses" when either observed or when one distinct probability or path overwhelms the others. I don't pretend to understand exactly what that means but it sounds tantalizing.

Can anyone with a better understanding of physics talk about this wave function and the branching universes theory? The little I know comes from books I only vaguely remember and they were written by the so-called "New Physicists", who were trying to tie in recent findings in physics with more New Age beliefs.

Anyway, I believe this may tie in to seeing the future in that, through whatever mechanism, fortune tellers may be able to somehow tap in to that wave function and glean the most likely outcome for an event or series of events.

Check out the work of Bohm if you haven't. More specifically "pilot waves", the "holomovement" and "many worlds theory". This should all be easily found online. If you have trouble finding it let me know and I'll see what I can turn up.
A

Odd. On my screen it's indicating that the last post in this thread was me today. No, not counting this post.
Q

Why would you want to be preoccupied with the future when the present is so entertaining? I prefer to savor every moment in the now (sieze the day) vs. worrying about what may be coming and miss what's going on now.
I

A.LeClair said:
Check out the work of Bohm if you haven't. More specifically "pilot waves", the "holomovement" and "many worlds theory". This should all be easily found online. If you have trouble finding it let me know and I'll see what I can turn up.
Click to expand...

Check out the book "The Holographic Universe" by Michael Talbot. It deals with everything that you have just mentioned.

Its an amazing read. 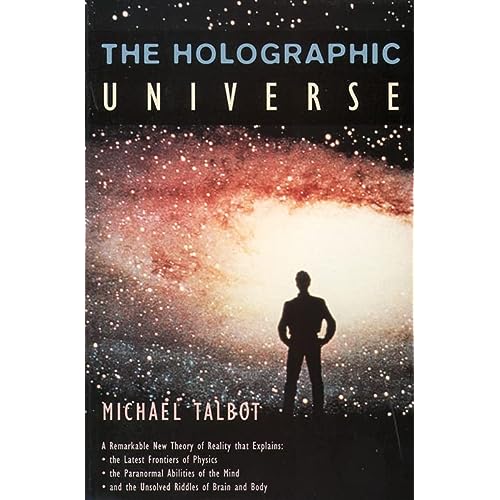 Why do we concern ourselves with what's going to happen in the future?
Rather, shouldn't we "SIEZE THE DAY"? What if we created our own reality by willing it into being. So when we think we see the future or let someone else tell us what they see, we allow ourselves to will it into existance. I know I can read my horoscope and if it tells me I will have a bad day, chances are I will go out and have a bad day. I also know for a fact, that if I wake up in a good mood, I tend not to let negative things bother me, where as if I wake up in a bad mood, every little thing upsets me, so I have a bad day.

I have chosen to create my own days by reacting to events as I choose and not be influienced by foretold information from others.

If the sky falls, so be it!