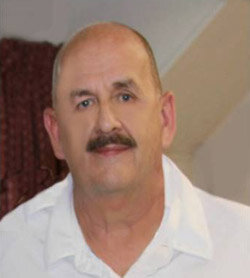 Okay, here is the situation. In the last day or two Chris O’Brien was interviewed for a radio show on the network that carries Lon Stricklers program. Strickler has as a co-host Butch Witkowski. I interviewed Witkowski around 6 or 7 years ago because I read (and he appeared on The Paracast) talking about his picking up on my former research into mutilations involving human beings. Witkowski claimed to be a former police officer back in Pennsylvania, and a retired USMC NCO with Vietnam service.


I interviewed him on DMR and my “cop sense” tingled but I was doing a new show every night and never followed up on it. I was contacted by a private detective from an agency that ran an extensive background check on Witkowski back in Witkowski’s home state of Pennsylvania. (They sent me all the documents which I have.) Witkowski was never a cop, had an extensive criminal history and was thrown out of the USMC Recruit Training Depot after only 3 or 4 days.


O”Brien called me today requesting all my documents on Witkowski to send to Lon Strickler. In the meantime I get a note from Strickler on Facebook wanting to know what I am about. Here is that series of notes….

Hi...my name is Lon Strickler. Last night, Christopher O'Brien was recorded making spurious comments in reference to my colleague Butch Witkowski. I confronted Christopher, and he states the information comes from you. Please enlighten me....Lon

That is correct. I just recd. a call from O'Brian requesting that I send the documentation to him for you. I sent it. The short answer is that Witkowski was never a police officer, has an extensive criminal history and was thrown out of the United States Marine Corps. This information was sent to me via a private detective agency in the state of Pennsylvania.

Seen it all before....if it was fact, Butch would not be continuing in the field and on radio.

This is part of the character assassination being impose on Butch since he exposed the Todd J. Sees case. I have been accosted on 3 occassions since 2013 by government and military personnel.

I really don't need to make a case for Butch to you or anyone else. The fact that you are a friend of his on Facebook is interesting in itself.

Look, I personally don't give a shit one way or another. BUT ... I interviewed Witkowski years ago on Dark Matters Radio and he passed himself off as a former cop and Marine Corps vet. I was a cop and a detective. I am a combat disabled vet. He lied through his teeth to me about all that stuff. So buddy, if you know all this what in the hell are you coming to me about? You want him? Well .. keep him, like I said .. I could not care less.


Chris O’Brien spoke to Strickler and Strickler refused to believe him. So, my bottom line? Who freaking cares? Been there way too many times in the last 25 to 30 years … and it ain’t gonna change.

So my friends .. THIS IS WHAT IS WRONG WITH SO-CALLED UFO RESEARCH IN A FREAKEN’ NUTSHELL. DON’T CONFUSE ME WITH FACTS .. MY MIND IS MADE UP. Here we have a dyed in the wool fraud and liar with the documents proving he is a fraud and liar and still the people around him do not believe their “LYING EYES”.


Just another Tempest in a Freaking Teapot … Have a Great Day!!

Sent from my SM-J327V using Tapatalk

Staff member
Oh, one thing more providing you are interested.

In the thread Butch Witkowski just wont go away, here is the link if you wish to see some of the criminal documents on Witkowski.

Stolen valor.. A man who never served passing off as a vet..this is low an insult to Don my dad and all who served with honor. Any man who does this deserves scorn.

Sent from my SM-J327V using Tapatalk
B

Don,
He should just go away and it's all over the World.
Walter Mitty war veteran is exposed as a NAZI | Daily Mail Online

Staff member
A little more on the Witkowski saga .. from The Paracast ...

vesvehighfolk said:
Stolen valor.. A man who never served passing off as a vet..this is low an insult to Don my dad and all who served with honor. Any man who does this deserves scorn.

Sent from my SM-J327V using Tapatalk
Click to expand...

They seem to abound these days

I find it very sad because it is so pathetic, if people wan't to play soldiers there are plenty of 'reenactment' clubs etc: you still get a uniform and a weapon, but everybody gets to go home at the end...
You must log in or register to reply here.